The current percentage of minority-led entries for the MN Cup Competition is about __ percent. In the U.S. overall, the Pew Research Center reports that less than 29 percent of businesses are minority-owned. According to a White House fact sheet, only 1 percent of venture-capital backed startups are led by African-Americans.

This disparity has large repercussions in Minnesota. The Twin Cities metro has some of the largest gaps between Whites (non-Latino) and African-Americans, Asians, and Native Americans when it comes to employment, income, and homeownership.

In Minnesota overall, a typical African-American household brings in just $27,026 a year—or less than half of the typical white household’s income. Even when demographic differences between the region’s white residents and residents of color are taken into account, the disparities in employment, income, and homeownership would remain.

The Metropolitan Economic Development Association (Meda) joins the MN Cup in helping to close these gaps by supporting minority-led startups. Meda was founded by a group of Minnesota business leaders who saw minority business ownership as a positive, long-term response to rising economic inequity within minority communities in Minnesota. Our founders believed that supporting the creation and development of minority businesses was a positive, achievable, and market-based approach to create wealth in Minnesota’s communities of color and provide equal economic opportunity. The founding purpose is still reflected today in the Meda vision of “Thriving communities through equal economic participation” and our mission of “Helping minority entrepreneurs succeed.”

Since 1971, Meda has served over 20,000 entrepreneurs of color with business consulting, financial assistance, and corporate or government opportunities. 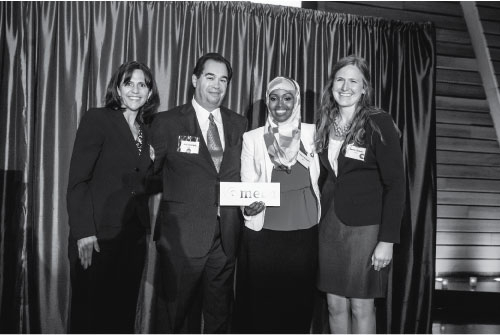 MN Cup also has an ongoing women's initiative to acknowledge and address the specific challenges and opportunities women encounter each day as entrepreneurs, innovators and inventors. More information here.