How and Why Religion Influences the Gender Wage Gap

Eighty-two days into this year, or March 24, 2021, working women finally earned what their male counterparts did in 2020. Yes, that means, women are paid 82 cents for every dollar paid to a man also working full-time and year-round, according to AAUW. 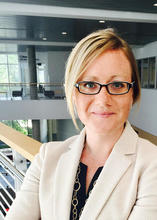 There are many factors as to why the gap persists. One that’s been overlooked? , according to research by Carlson School Assistant Professor Elizabeth Campbell and Traci Sitzmann, associate professor at the University of Colorado Denver.

In a study published in the Academy of Management Journal, the researchers found that how religious a community affects the size of the gender wage gap. This is partly explained by the fact that each of the world’s major religions—Buddhism, Christianity, Folk, Hinduism, Islam, and Judaism—promote differentiated gender roles, shaping social norms, and affecting the workplace.

“It’s not that one religion is better or worse, with respect to the gender wage gap,” says Campbell, also a Lawrence Fellow. “It’s just whether religion is crucial to people’s day-to-day.”

Campbell and Sitzmann, who earned the 2021 Responsible Research in Management Award, studied the gender wage gap in all 50 U.S. states and 140 countries, finding that:

A telling example is the state of Utah. Sixty percent of residents there are members of The Church of Jesus Christ of Latter-day Saints. It’s also home to one of the largest wage gaps in the U.S. with women making less than 70 percent of what men do.

In a separate analysis for the Salt Lake Tribune, Campbell found that the wage gap is closing fastest in Connecticut, New Mexico, Delaware, Michigan, and Oregon. The slowest movers are Louisiana, South Dakota, Texas, Oklahoma, and Alabama. In an interview with the paper she noted that “the fastest five are narrowing the gender wage gap more than 12 times faster than the slowest five, on average.”

“You can still have religious norms and faith as part of the culture,” says Campbell. “But you need to block from impacting how women’s work is compared to men’s. You need to overemphasize gender-egalitarian policies.”