Granting restricted stock and options to top managers has become an ingrained corporate strategy for numerous companies to attract and retain top talent. But often, when such grants vest—that is, when the stock becomes eligible for selling or options become eligible for exercising—they can encourage what Carlson School Associate Professor of Accounting Vivian Fang calls “managerial myopia.” It’s a strategy that might keep a company’s short-term stock price high, but at the price of building long-term value.

That’s one of the key findings in a new paper Fang has co-written with Alex Edmans of the London Business School and Allen Huang of the Hong Kong University of Science and Technology. In their paper, which will appear in an upcoming issue of the Journal of Accounting Research, the authors examine the long-term effects of vesting equity.

How did vesting equity become such a major form of compensation? Fang points to a survey previously conducted by co-author Edmans, which shows that before the 1970s, pay was dominated by salaries and annual bonuses, with only moderate levels of equity. From the mid-1970s to the end of the 1990s, stock options became the largest component of CEO pay. And between 2001 and 2014, performance-based stock replaced options as the most popular form of equity compensation. Among its other attractions for businesses, equity compensation allows tech startups and other high-growth, often cash-strapped firms to give employees a below-market salary with the promise of big rewards later.

These days, “for the typical CEO, the wealth changes caused by stock price movements are much larger than the corresponding changes in annual pay,” Fang says.

The granting of stock and options are a strategy for aligning the interests of managers with those of shareholders. “One of the most fundamental principles of finance is that managers are supposed to represent shareholders when running the company,” Fang notes. “In other words, they are supposed to maximize firm value and shareholder returns by trading off short-term and long-term cash flows and making the optimal investments.”

However, she adds, “the problem is that some managers may put too much emphasis on short-term cash flows and forgo value-increasing long-term investments.”

For instance, R&D investments typically improve a firm’s cash flows and value in the long term. In the short term, they tend to depress earnings. If the firm doesn’t meet the market’s earnings expectations, the stock price is likely to fall, which is undesirable for the stock-owning manager. According to Fang, research has shown that managers are willing to cut R&D and other discretionary expenses to increase short-run earnings and boost (or at least sustain) their company’s stock price. But that comes at the expense of “the firm’s long-term value and competitive success.”

“The problem is that some managers may put too much emphasis on short-term cash flows and forgo value-increasing long-term investments.” 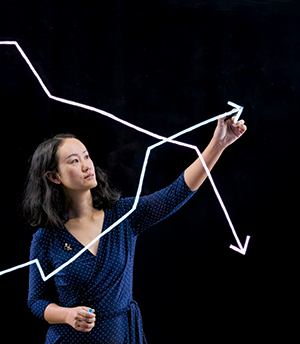 Fang certainly doesn’t believe that equity incentives shouldn’t be used. But they can be made to work better through the vesting process.

“One way to discourage myopic or opportunistic behavior that is potentially value-destructive is to lengthen the vesting period of equity beyond a CEO’s departure,” Fang says. This is what the UK’s Corporate Governance Code and the U.S. Council of Institutional Investors have been recommending in the past couple of years. “An alternative remedy would be to spread out the vesting of a large equity grant across different dates in a year, rather than it all vesting on the grant anniversary,” she adds.

Such strategies can advance the long-term interests of all involved—the executives, the shareholders, and the company.