Committed to advocacy and service, Nate Taye is the 2021 winner of the Tomato Can Loving Cup, the most prestigious award the Carlson School of Management can bestow on an undergraduate student. He was named as the recipient as part of the undergraduate commencement ceremonies on Monday, May 17.

“I'm very elated, very excited but I'm very thankful as well to all the people that invested in me, all the people that put effort into pushing me to be here today,” said Taye, a Management Information Systems major with minors in Marketing & Business Analytics who learned of his selection during the ceremony. 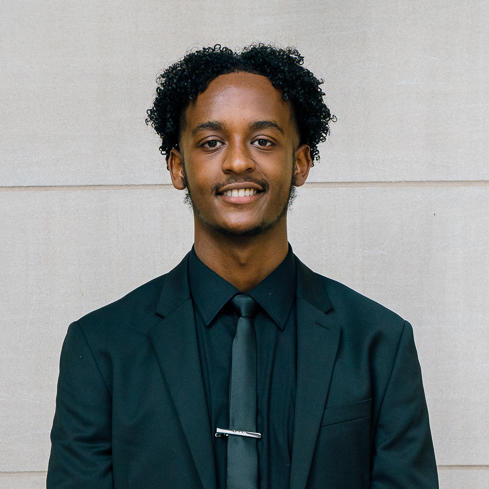 From his first day on campus, Taye worked to empower and mentor the next generation of underrepresented leaders at the University of Minnesota and the Carlson School. Taye served as the president of the National Association of Black Accountants at the U of M, an ambassador both for the Carlson School and its outreach programs for underrepresented middle and high school students. His contributions to diversity, equity, and inclusion initiatives leave a lasting legacy.

“The Carlson School taught me the importance of giving back to others, using my life story as a medium to pass on knowledge and wisdom, and empowering my people to be the best version of themselves,” Taye wrote in his personal statement as part of the nomination process for the award. “I hope the impact I made here resulted in a more inclusive environment where future generations of leaders feel empowered to enact lasting change.”

“He built a community where he didn’t see one before,” said Associate Dean of the Undergraduate Program Raj Singh during the award presentation. “He made a clear impact for Black students and other students of color to feel at home and thrive.”

Taye --who is well known by his peers, faculty, and staff alike for his kind, thoughtful, and humble demeanor-- believes his success is built on the shoulders of those who came before him. In fact, he says his favorite African proverb means, “I am because they were.” It reminds him of his parents’ sacrifices and their lessons, motivating a passion for lifting others. In particular, he credits the influence of his mother.

"There is no else that has invested in me as much as she has," said Taye, who then quickly added that his friends and other family members also played critical roles in his journey.

“I hope the impact I made here resulted in a more inclusive environment where future generations of leaders feel empowered to enact lasting change.” - Nate Taye

By winning the award, Taye is eligible for a half-tuition scholarship to the Carlson School Full-Time MBA program following two years of professional work experience. He will be joining Deloitte as a risk and financial advisory intern.

Taye is the 93rd recipient of the award, which per the engraving on its side, is “presented annually to that person who in the course of the year has rendered the most distinctive service to the school.” 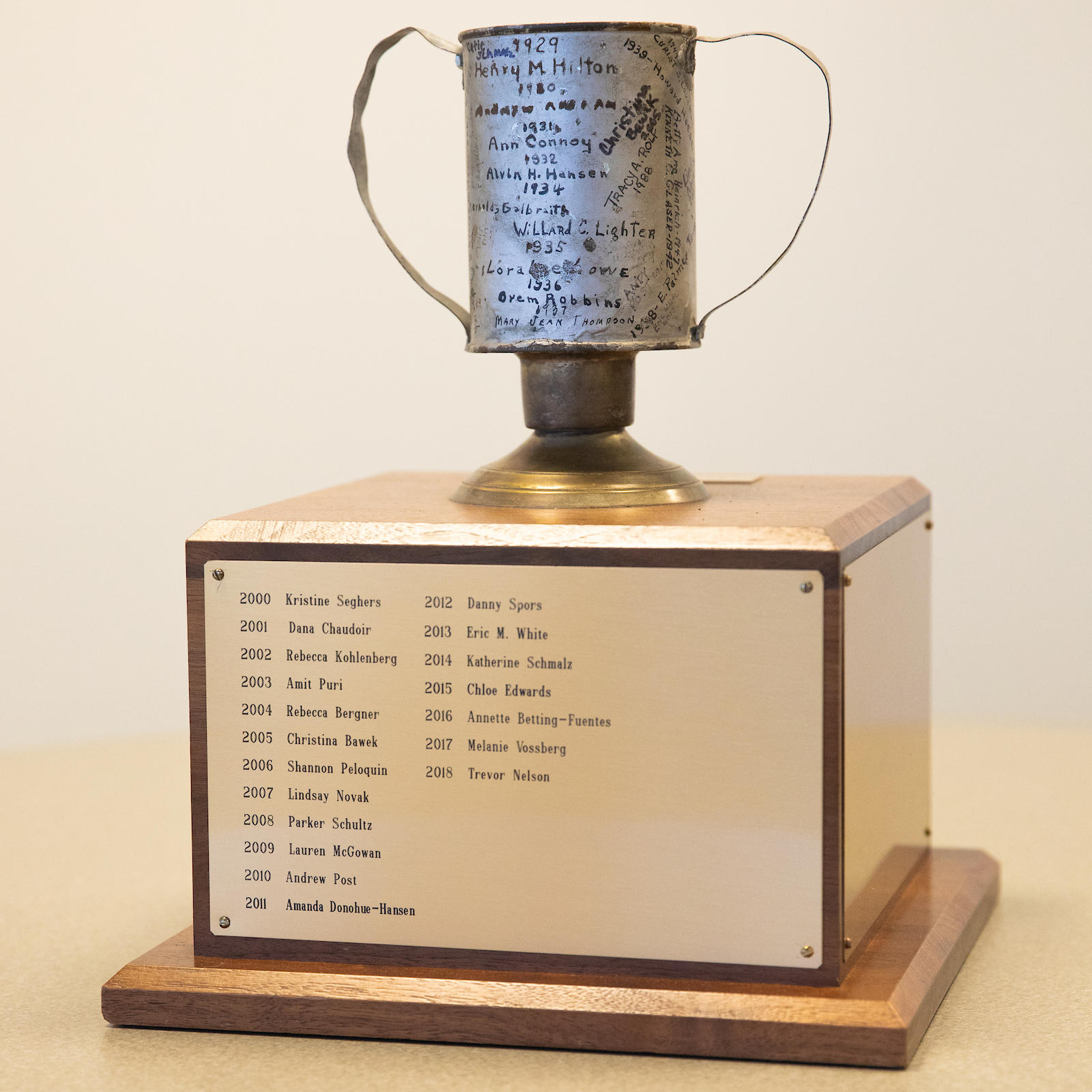 The oldest award given to students by the Carlson School, its history dates to 1929 when students asked Dean Russell Stevenson to present an outstanding service award to a senior. Henry Hilton, ’29 BSB, volunteered to make the trophy that would be presented to the winner. As a joke, he fashioned a trophy from a tomato soup can nailed to a wooden candlestick that belonged to his mother. To Hilton’s surprise, Stevenson presented him with his own creation, which became known as the Tomato Can Loving Cup Award. The increasingly rickety soup can is given each year.