Professor Emeritus Gordon B. Davis died on Friday, May 6 at the age of 91. A true pioneer, Gordon helped establish the Carlson School as a leader in Management Information Systems (MIS).

Despite receiving an offer for a partnership in a paper company in International Falls, Minnesota, he decided to join the University of Minnesota as an assistant professor in 1961. He jokingly explained his rationale at the time in an alumni magazine profile: “Once I make the big bucks, I’ll never be a professor. I better go try it now while I’m poor.”

That decision would lead to a trail of historic firsts. By 1968, Gordon became one of the founders of the academic discipline of information systems. Alongside his colleagues, Gary Dickson and Tom Hoffman, he started the first formal academic degree program in MIS and was also the first to write a textbook for the discipline. His foundational work would serve as a model for academic programs at other universities. Gordon also led the Management Information Systems Research Center (MISRC) which worked with local companies to contribute to the advancement of the field. MISRC served as the first sponsor of MIS Quarterly, the premier academic journal in the field. Gordon served as its publisher until 2004.

Gordon’s legacy lives on through his students, colleagues, and the ongoing work at the Carlson School, which is consistently ranked as one of the top programs in MIS. During his time overseeing the MIS doctoral program from 1968 to 1993, he served as advisor, co-advisor, or committee member to more than 100 doctoral students. Under his leadership, a visit to Minnesota became a rite of passage for MIS academics with a large number of influential thinkers, researchers, and scholars building their Minnesota connections.

Gordon helped establish the International Conference on Information Systems (ICIS) as well as the Association of Information Systems (AIS), for which he served as the fourth president. Gordon received numerous recognitions for his outstanding scholarly contributions and service to the field. Among some of the major recognitions were ACM Fellow, AIS Fellow, INFORMS ISS Distinguished Fellow, and AIS LEO award for lifetime achievement in the field of information systems.

Gordon was a prolific writer and contributor to the discipline. He published 23 books and over 150 articles. His citations are in the hundreds of thousands with his monograph, Writing the Doctoral Dissertation, being used by over 60,000 doctoral students. To recognize Gordon’s impact on fostering the development of new generations of MIS researchers, in 2020, the INFORMS Information Systems Society instituted the Gordon B. Davis Young Scholar Award to honor young scholars who are well on their way toward making great intellectual contributions to the discipline. He gave talks and taught in over 25 countries and received three honorary doctorates from the University of Lyon, University of Zurich, and Stockholm School of Economics.

While Gordon retired as Honeywell Professor of Management Information Systems and became an emeritus faculty in 2004, he remained active giving talks, advising faculty and doctoral students, and reviewing articles for several years. After retirement, he was a constant presence for over a decade at the Information and Decision Science Department’s weekly seminars.

Visitation will be held at O’Halloran and Murphy Funeral Home, 8700 Valley Creek Road in Woodbury, from 5:00 p.m. to 8:00 p.m. on Wednesday, May 11. Funeral Services will be held at noon on Thursday, May 12 at the Edgerton Chapel of the Church of Jesus Christ of Latter-day Saints at 2335 Edgerton Street, Little Canada. A visitation from 11:00 a.m. to 11:30 a.m. will precede the funeral. A private burial at Lakewood Cemetery will follow the funeral services. For those wishing to view the funeral online, the service will be broadcast at this link. 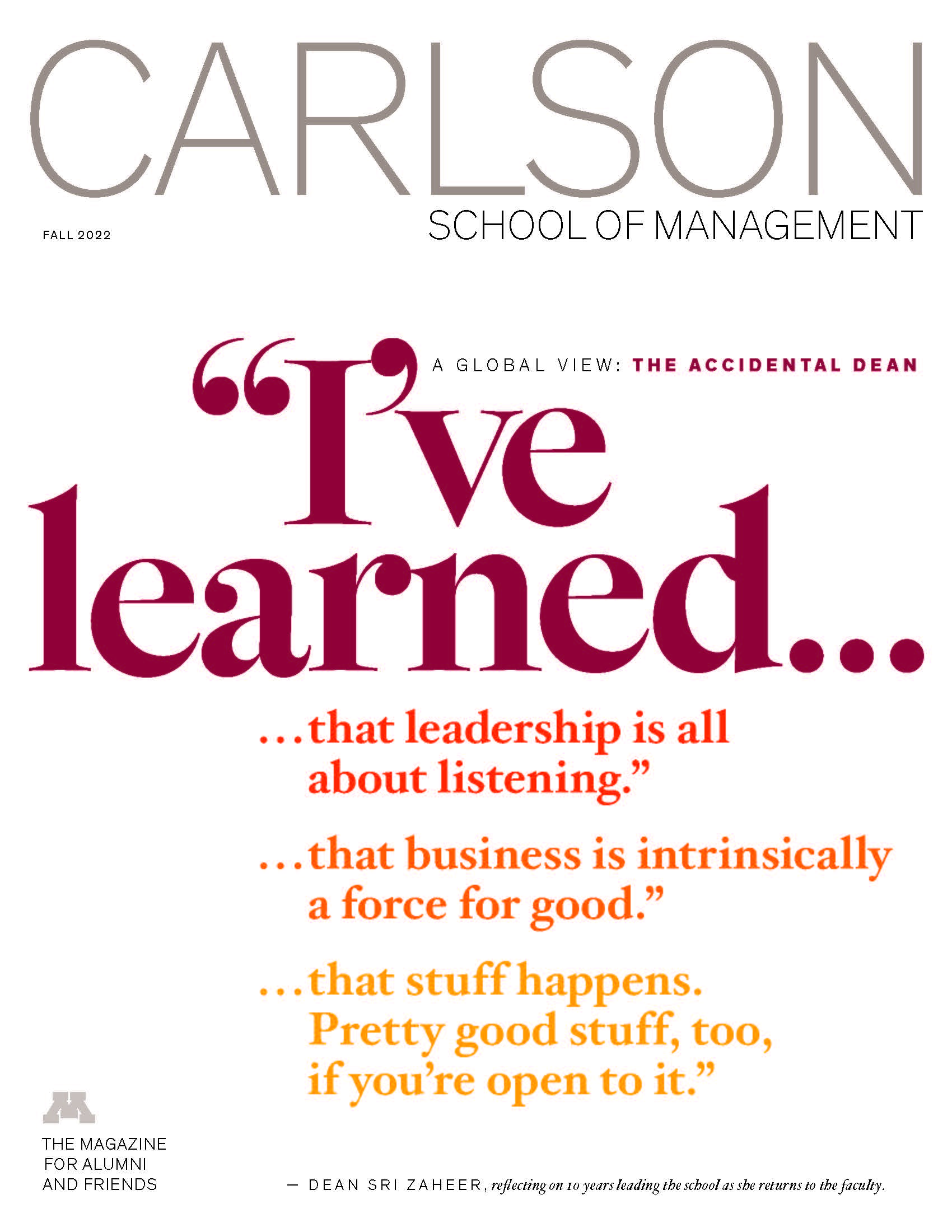