When studies emerge about health care spending among high-income nations, the United States generally doesn’t look good in comparison to other countries.

Recent news-making research reported that the U.S. spends twice as much as 10 other countries on health care but sees outcomes that rank below those nations. Though that creates cause for concern, Professor Stephen T. Parente cites specific ways the U.S. differs from those other countries that add nuance to the numbers.

“There are very major reasons and historic reasons the U.S. is the way it is,” Parente says. “Demonizing the U.S. and saying we have a bad system really misses the point.”

Instead, Parente’s research shows two specific reasons the U.S. tends to fare poorly in these ratings: monopoly rights and generosity of care at the beginning and end of life.

Monopoly rights within medical device and pharmaceutical technologies send prices higher, but Parente argues that there is a potential benefit to that: innovation. Resources gained from those prices fund research and development, which can impact health care in myriad physical and economical ways further down the line. Changing the U.S. system to mirror the economic approach of other nations might come at a different kind of cost, he says.

“You might slow down the research and development to pay for the next transformative technology that is going to save lives,” he says.

Another factor driving costs higher are the riskier treatments in beginning and end-of-life care that are more common in the U.S. American health care systems places more resources into neonatal care than other developed nations, Parente says, and that skews the statistics.

“We’re having deaths in low birth-weight babies and in part that’s because they are low birth-weight babies,” he says. “And in areas where those technologies (for neonatal care) aren’t available, those aren’t considered births but spontaneous abortions. So you’re not even in the right statistic if that child terminates.”

In addition, Parente says, Medicare coverage prioritizes acute care over long-term care or assistance for managing chronic care. The result, he says, is the most expensive care of all.

All healthcare costs are not created equal

Parente found other differentiators between the U.S. and the other nations that affect how the rankings shake out. For one, he says, the size of the U.S. means health care can vary widely between geographic areas.

One state can mirror another nation on the list in terms of geographic size, population or economy yet be immensely different than another U.S. state. And that size can create a distance between family members who can advocate or care for aging parents, Parente says. In addition, the high cost of a medical education, which is subsidized in some nations, and the costs of carrying medical malpractice insurance create an economy in which U.S. physicians believe they should be rewarded financially.

With these details in hand, Parente says the next steps are to continue to explore what type of health financing system would best benefit the U.S. and bearing in mind the things that drive costs now.

“There are reasons why things have occurred this way,” Parente says. “Some of them might be more beneficial than you would think, but it does take a lot of care and feeding.” 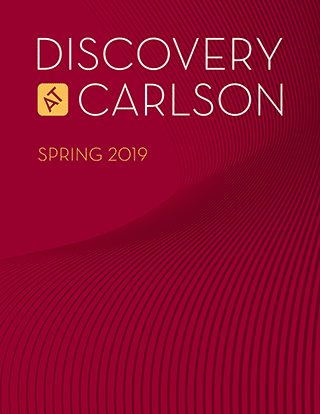