How to Understand the Possible Impact of Government Stimulus

By: Murray Frank, Professor of Finance

As we struggle with coronavirus, the primary focus has, of course, been on the public health. However, the public health measures are having large economic impacts. While much of the public discussion has focused on “what should the government do?” my focus is on “what seems to be happening, and what does that suggest about the likely path forward for the economy?”

In an effort to address the economic problem, Congress and the President rushed to produce a historically massive, bipartisan, “stimulus plan.” But, will this expenditure of $2 trillion work? How should that affect our best guess about the performance of the economy? The theory underlying the spending is not complex: provide support for people and businesses who are losing income and prevent irreversible decisions such as bankruptcies. But things have already changed. It is not clear that the government can simply undo what it has already done to the economy. Here’s my advice.

Be cautious and careful

It’s hard to see an instant rebound undoing the damage the current partial shutdown has done to our economy.  The sooner people are permitted to return to work the better from an economic perspective, but the rebound may be much slower than policy makers are hoping given the unknown medical realities of coronavirus.

The most recent American example is the “Obama stimulus” (American Recovery and Reinvestment Act of 2009) which spent roughly $831 billion. It was followed by the weakest economic recovery from a recession in many decades. Defenders say that this is because the spending was not big enough or that recovery would have been even worse if the stimulus had not taken place – both inherently untestable claims. What we do know is that forecasts from Obama Administration economists predicted a much better economy than actually happened in response to the stimulus.

This dismal U.S. experience with stimulus is common. For example, Japan has engaged in extended attempts at stimulus by government spending not matched by tax collection. The result is massive government debt and the so-called “lost decades” from about 1990 to 2010. It also helped produce zombie banks and zombie firms – banks and businesses that still existed despite having no economic value creation.

How applicable is this history to the current situation? In some key respects, this time really is different. Specifically, it was triggered by government directives, not deteriorating economic fundamentals. That doesn’t mean we should ignore what’s occurred previously. Instead, we need to recognize what we’re seeing and recognize the likely economic impact.

A massive economic shift is occurring

The week ending March 21, 2020 had by far the largest initial unemployment claims in U.S. history. It was followed the next week by unemployment claims that were twice as big. Literally millions of people have lost their jobs already.  Restaurants, movie theatres, gyms, clothing stores, etc. have either shut or failed. Government action may save some of these, but huge numbers will simply be gone.

Many of those who are now unemployed do not have adequate savings to tide themselves over. The planned, one-time government payments may be humanitarian relief and a reasonable short-run, emergency measure but are unlikely to have much of an aggregate stimulative impact. Repeated payments of this type are quite a different matter. Paying everyone to be almost permanently unemployed will generate large numbers of people that are almost permanently unemployed.

At the same time some businesses such as grocery stores are trying to hire people on a massive scale. With restaurants shut people still need to eat, so they buy more groceries. Someone has to stock the shelves, or someone has to deliver those groceries to people’s homes. The economy needs to reallocate a huge number of people from one kind of employment to another. Well-meaning policies that hinder such a transition by freezing labor in place makes the damage to the economy larger in the short run and may prop up zombie businesses in the long run.

We need to avoid zombie businesses

Nobody really knows how long the crisis will last. Nobody knows how the affected businesses will need to look after the crisis. Reasonable people may have quite different guesses about the future. However, we all know that government funds are not unlimited. So, any extra spending ought to be devoted to the direct needs of the moment connected to the public health care requirements. Providing special monies to particular businesses in exchange for not adjusting their businesses to the new conditions, seems to be a popular idea. It is also a very poor idea. This is how you build zombie businesses – firms that exist but provide no economic value.

Let the businesses and their investors figure these things out. That is not the job of government, who has no particular expertise at picking economic winners and losers.

If the U.S. government continues spending on this scale, it will face a growing risk of a crisis as investors may start to lose faith in the credit quality of the government. Happily, we are still far from that point. But history is replete with examples of profligate government spending financed by the printing press, and then by a collapse in confidence. We are not there yet, but it could happen here if we continue down the “spend and print path.”

So, what should we expect? Hopefully, a cure will soon be found and the damage will be bad, but limited in scale. If not, the most likely outcome seems to be bipartisan support for government spending on a large scale financed by the Federal Reserve. Some firms will be propped up, but not others. The government instead of market will increasingly control the allocation of resources despite, the dismal record of such government allocation on one country after another. The lessons of that historical record are being ignored in favor of wishful thinking, even by supposedly serious people. As this drags on, the likely result is creation of zombie businesses, and years of poor performance for much of the economy. 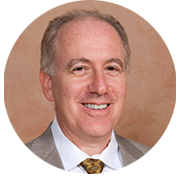 Be equipped for the future of business. Learn more about Carlson Executive Education--a resource for executives, emerging leaders, and L&D professions who recognize the value of actionable insights and industry-leading practices.