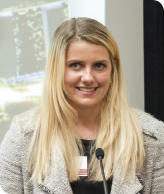 To senior Anne Schwappach, global identity means pursuing opportunities that enable you to better understand how you can impact the world. “It means learning that the world is big and individually we are small,” she says. “It also means practicing curiosity and humility, constantly learning, but never assuming.”

She finds that building a global identity is closely tied with building empathy. “Having a global identity allows an individual to understand where a colleague, classmate, or friend may be evaluating the world from,” she says. “This empathy can change how you work with groups, activate team member’s individual strengths, and creatively problem solve.”

For Jaiah Kamara, ’15 MBA, his experiences and travels have led him to appreciate the reality that, regardless of where we come from on this planet, we share a common existence and struggle. “Throughout my life, I’ve naturally always embraced my global identity,” he says, describing growing up in Liberia. “For all of our apparent differences in this world, such as how we speak, pray, or live, we are more similar with each other than we ever truly pause to appreciate. Embracing this view of global identity allows us to realize that no person or group of people is better than anyone else and empowers us to seek understanding with one another and return goodwill into this world.”

Although Schwappach and Kamara are from vastly different backgrounds with differing life experiences, both agree that a robust global identity is a prerequisite to a fulfilling personal and professional life. And, both called upon the Carlson School to build upon theirs.

“The school offers endless opportunities for students to improve their global identity,” Schwappach says. “Carlson professors create a culture where global perspectives are encouraged and you are pressed to address business issues through a world lens. And, after returning from exchange programs, it’s a unique opportunity to learn from fellow classmates about their experiences.”

She says her global identity experienced the greatest growth when she spent a semester studying at the Singapore Management University. “I have been told that the more uncomfortable you are with your surroundings, the more comfortable you become with yourself,” she says. “By independently living in a new, unknown country, I was pushed to learn more about myself than I ever could within the walls of Carlson.”

Kamara can name two Carlson experiences that will stick with him the rest of his life on their contribution to his global identity. They both came from a Global Business Practicum in Beijing, China in the spring of 2013. For that class, Kamara and his classmates were partnered with graduate students from Tsinghua University.

“Over the course of two weeks embedded in Beijing, we spent many a late night boarded up in student lounges or classrooms working rapidly to put together a market research presentation for Best Buy,” he says. “Throughout that experience, it was profound to appreciate that for all our differences, we were so similar to our hosting counterparts.” 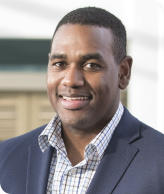 The second realization Kamara had was that he was in the Part-Time MBA program with some truly incredible people. “I was balancing so much between my family life, full-time employment, and being a student at Carlson,” he says. “I didn’t realize how not present I was through all of it. I had been so busy and intent on rushing through school to get done that I missed a lot of the greatness which was all around me.” Being forced to slow down and immerse himself in the Beijing experience enabled Kamara to appreciate the people he was with at a much deeper level. “In returning back to school in the fall, I slowed down and was far more intentional to get to know the people I was on a journey with at Carlson,” he says. “It’s easy for students to focus on the reward and look past what’s immediately in front of them. I urge people not to miss it—there are some great people who share many of the same aspirations, struggles, and experiences as you.”

Schwappach feels that the most tangible benefit of building her global identity is having a network that spans the globe. “From exchange students that have come and gone from Carlson to Singaporean classmates, the connections I have established allow me to continue to learn from my peers,” she says. She has continued to grow her global identity by being a member of an exchange student buddy program at Carlson, allowing her to connect with incoming exchange students from around the world. “It has given me a better understanding of the difficulties individuals face when entering our culture, a perspective that is not easily obtained,” she says.

As a member of a global community, Kamara stresses the importance of giving back. “Much of the success and fruits we enjoy in life come with the aid of others,” he says. “We all stand on the shoulder of those who have come before us. For our community to succeed, we must continue to pay it forward. It’s through this cycle of good will our global community moves forward.”

He says he wants to live a life in which he not only teaches his children that they are part of this global community, but to show them that they are part of something bigger. “That there is more to this world than they can physically see,” he says. “That all our actions share a common reward or consequence. That their choices can have incredible impacts on the lives they see and don’t see.”

Schwappach was able to share her feelings about global identity to a larger audience as she was asked to be a student speaker at the recent launch of the Driven campaign. She spoke about her experience in Singapore and how it shaped her career plans. “I view my semester exchange as not only the experience of a lifetime, but an experience that will shape my coming lifetime,” she says. “As a freshman, I knew that I had an interest in pursuing global work, but it was not until my exchange that I realized it is the only option for me. It changed my career path and my future for the better.”

She also shared with her audience a quote from her journal she kept while abroad: “In the end, the world speaks one language—often heard through nature, smiles, music, and kindness.”

Schwappach’s career goals include working in a marketing position dealing with the Asian consumer market and eventually creating a nonprofit organization that would assist in education for children in rural China.

“As the world becomes increasingly connected, there is no excuse for avoiding global identity growth. Our individual actions no longer affect just our immediate community, but rather the world around us,” she says. “From a business perspective, it is important that you have the ability to understand consumers, colleagues, and partners from various backgrounds.”

From the Perspective of Business 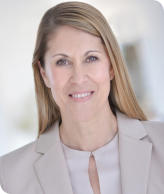 As the Executive Director of the Minnesota Trade Office (MTO) and Chief Protocol Officer for the state of Minnesota, Gabrielle Gerbaud is well aware of the importance global identity plays in business.

MTO is the advocate for Minnesota businesses pursuing international markets and is responsible for attracting international business into the state to contribute to its economic growth. It also organizes training at all levels to support Minnesota’s companies in their international efforts and provides diplomatic etiquette for the state. “Minnesota’s exports were valued at $19 billion in manufactured and non-manufactured goods and an estimated $13 billion in service exports,” Gerbaud says. “Exported manufactured goods support about 120,000 jobs in the state. From a business perspective, there is a world of opportunities outside of the United States.”

With 85 percent of the world’s purchasing power overseas and billions of potential new customers in China, India, Mexico, and other emerging economies, businesses need to cultivate a strong global identity to thrive. “To create a global identity is a whole adventure,” Gerbaud says. “The first step is to get out into the world.”

There are several compelling business implications and economic benefits for companies who export globally, Gerbaud says. They are less likely to go bankrupt and exports mitigate market fluctuations and extend product cycles. For the local economy, exports lead to higher wages and benefits for employees and increases the tax base.

On an individual level, Gerbaud thinks that to expand one’s global identity, traveling and studying history are essential. “I truly believe that digging into the history of a country, nation, or culture is absolutely key to open your mind to the rest of the world,” she says.

Gerbaud has had many occasions to share her expertise with the Carlson School. MTO collaborates constantly with the school and she was a keynote speaker at a recent Global DBA banquet that welcomed a group of Chinese business leaders. More recently, she has joined the Advisory Council of the Carlson Global Institute (CGI).

One of CGI’s key strategic priorities is to improve students’ global identity. This aim is made more explicit in a one-credit, online course students take during the semester they are studying abroad. “The purpose of the course is to help students reflect on their experience to better understand the context in which they are living, and to better articulate what they learned upon their return,” says Director of Education Abroad Kirsten Canterbury, who oversees the course.

The course, developed by the University’s Department of Organizational Leadership, Policy and Development, is called Global Identity: Connecting Your International Experience with Your Future. It is an online “conversation” to enhance learning between a student and an instructor via email. The students complete five reflective assignments that align with what they are experiencing overseas. “The first assignment asks students to set goals for the semester and make initial observations of their new environment,” Canterbury says. “Later in the semester, they dig deeper to understand cultural nuances and observe the local business environment.”

Canterbury wants students completing the course to have a greater degree of self-awareness. “While it’s helpful to learn specifics about the culture they are studying in, the awareness of their own culture will continue to benefit them no matter what cultural environment they enter,” she says. “The more aware we are of our own cultural lens, the better we are able to make sense of what’s going on around us in any setting.”

Ultimately, global identity is a common thread running through a student’s Carlson School experience. Whether through a transformative overseas program, cross-cultural project work, or intercultural awareness, students have the opportunity to expand their global identity in various ways, and they see first-hand how it leads to greater career readiness, employability, and engaged citizenship. 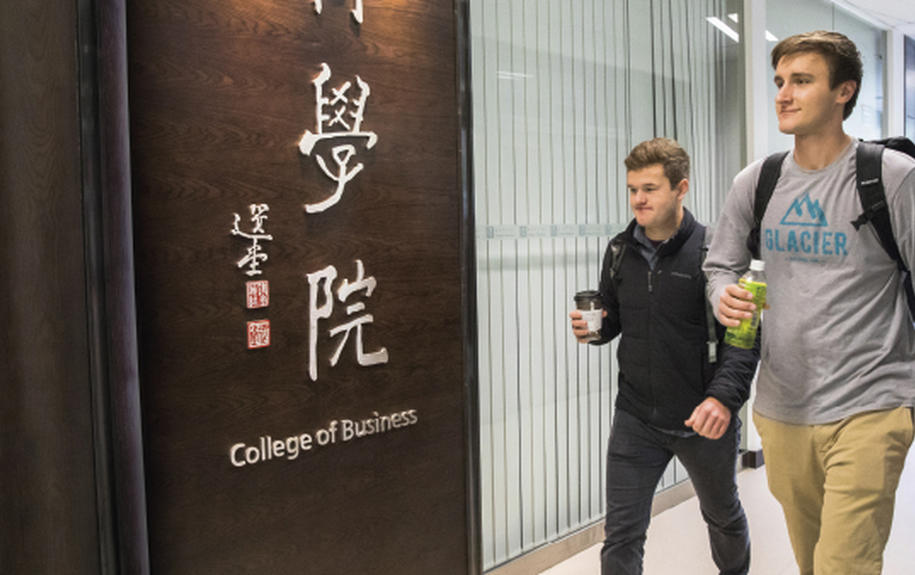