While navigating this new situation, I began to notice four different approaches that professors took when they needed to go virtual. 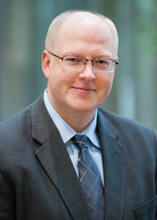 The first is to essentially give up and post PowerPoint slides and do mostly nothing else. This approach was easy for instructors but provided a really poor learning experience for students. Fortunately, this approach gained no favor at the Carlson School.

Another model was an asynchronous approach where professors pre-recorded lectures on their own and posted them for students with minimal use of the Zoom platform. For me, I’ve found this allowed for the maximum flexibility for students but it lacked the community feel and engagement of learning. Students also reported that the long pre-recorded lectures could also be a bit boring.

Thirdly, there were synchronous approaches where professors taught classes as they did before, but did it live, with students and the professor gathering virtually through Zoom. This allowed for the community feel but it was a suboptimal learning experience because instructors would often run out of time and students disliked being lectured in Zoom for an extended time.

The final one, which I have found to be the most successful, was a hybrid format. This had a combination of professors taping brief pre-recorded lectures, usually consisting of a series of around six-to eight-minute videos that students view before class, as well as doing live interactive class activities on Zoom during the scheduled class period. The key is that the live Zoom time is being used not for lectures, but for interactive discussions, coaching, and activities. This hybrid approach brought together the community feel and engagement while also allowing flexibility.

This is similar to a ‘flipped classroom’ where the idea is that whenever you're meeting in person, you're rarely using much of that time to lecture, and instead, you're coaching students, you're working with teams, you're doing discussions or cases.

This approach is something I believe professors can continue to use even when the University returns to in-person teaching. Professors could pre-record video content for students to watch before class, which opens up more time in class for activities and interactive group work.

When we go back to in-person teaching, you could still use this approach where you're taking out some of the lectures and posting it beforehand. Then you're using the in-person time to do many more activities. From my perspective, even if you spend a lot of time preparing these things and creating videos and then we end up not teaching virtually, this is not a waste. You've actually improved your class and you might have improved the learning for your students