Chances are good you’ve encountered a variation on that question on a job application. The chances are equally good that a prospective employer has learned about your past salary before extending a job offer. But, that’s changing. Over the last several years, a growing number of states and municipalities have banned companies from making any inquiries into a job candidate’s salary history. 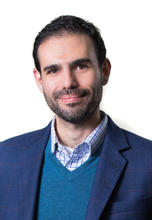 Those moves have served as a catalyst for new research from Carlson School Assistant Professor Moshe Barach that explores how salary history affects the hiring process. For starters, he notes that employers tend to see past wages as a valuable signal. “For example, if a previous company was willing to pay a person top dollar, the prospective employer might figure the candidate must be worth it,” Barach says. “Or, say a candidate currently makes $120,000 a year. If the prospective employer can only pay $75,000, the company probably won’t interview the candidate because they’re not likely to take the job.”

However, the information can also have downsides for job-seekers. “Let’s say a young woman graduates from college and accepts the first offer she gets, which is 15 percent less than her male compatriots,” Barach explains. “When she applies for another job and gets asked about her past salary, the hiring company can say, ‘OK, we’ll give you a 15 percent increase on that.’ The result can be rigidity in wage growth.”

To understand how wage history affects the hiring process, Barach set up an experiment with two groups of companies that used online marketplaces to find employees. One was barred from asking about, or retrieving, past salary information. A control group had no restrictions. The results were eye-opening. Companies that couldn’t acquire salary information made significant changes to their hiring process. Among other findings, they greatly expanded their pool of applicants. They took extra steps to evaluate each candidate, asking more substantive questions than usual. Ultimately, they hired candidates who had 13 percent lower past average wages than what the new positions paid. Barach adds that the results were particularly pronounced for candidates with a history of relatively low wages. “These workers benefited from being more likely to be evaluated by employers,” he notes. “They were also able to strike better wage bargains.”

The movement to ban salary history has been met with disapproval from many companies. In a sense, it’s not hard to understand why—that history can certainly help streamline the hiring process. But, as Barach’s findings point out, forbidding that access doesn’t make it impossible to find -and hire- quality candidates. “Companies have an additional option,” he acknowledges, “which is to put in the extra effort to conduct in-depth interviews -whether they’re via Zoom or Skype- through written questions, or by using the old-fashioned practice of sitting in an office and talking to each candidate.”