Teaching online synchronously, as I did this last semester, was an interesting experience for me, in part because I never expected it to be possible to make it as close to the in-person experience. Above all, I found that it was important to be flexible and adapt on the fly. 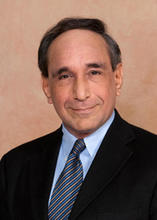 Let me highlight three areas where I found the similarities, but also interesting differences, in the virtual teaching experience to be noteworthy. The first was the remoteness of virtual learning and what I did to overcome it, the second is the amount of material covered, and the third is the utility of breakouts. Taking each in turn:

Remoteness of (Synchronous) Online: Just like the in-person classroom, as the professor, you need to create an implicit ‘contract’ with the students in terms of establishing your legitimacy as a fount of knowledge in your subject area. This was harder in a virtual setting, in part, due to the fact that it is much more difficult to read body language, even when students have their videos on, and of course impossible when videos are off. To help have the students feel a greater connection to you as the professor, I chose to use a document camera, and write on sheets of paper just as I would on a whiteboard. These would then be posted after every session.

Also, while it was harder to use one of my standard techniques – the ‘cold call,’ which really motivates students to prep for the class. In a virtual environment where students are attending class from home and distractions inevitably exist, I couldn’t tell always tell who was ‘on’ at a given time. Also, it would be easy for students to misconstrue the ‘cold call’ as punitive, which it is not designed to be – rather it is to help the more shy students get some air time. I did use this technique quite a bit still in the virtual classroom, although I may have called on a few students too often!

Amount of Material Covered: Perhaps surprisingly, I found the amount of material I could cover was less than I could in an in-person class. I put that down, again, to not being able to read the class’ body language and therefore spending more time discussing details, which of course made for greater clarity and understanding. Also, the discussion in the class was much more heavily weighted toward group work through breakout rooms (see below) which takes time, making it harder to ‘progress’ through material.

Breakouts: The breakout feature in Zoom I found to be a real boon. And I relied heavily on breakout rooms, ‘dropping in’ on each to see how they were doing. This is something I would do in an in-person class too, but it was so much more efficient on Zoom – the time spent walking to and from breakout rooms or even huddling in groups is eliminated. I often, but not always, asked them to present a couple of PowerPoint slides, having prepared questions on the material and assigned them to each group. It was easy to shuffle the groups around for different breakout assignments, again something that is seamless in a virtual setting but cumbersome in-person.