When Senior Director of the non-profit American Registry of Radiologic Technologists Kevin Rush was promoted from a functional leader of a single department to an executive position, it became clear to him he would need to develop a more cross-functional strategic mindset to be effective in his new role.

“I moved into an area where I'm responsible for more than one department and need to determine ‘Where do we as an organization need to be in the coming six months, two years, five years?’” says Kevin. He knew strategy would provide clarity for the path forward. “Strategy allows us to cross functions to be in a much better position. The synergy that comes from developing strategy holistically is greater than every functional area operating on its own.”

To gain a deeper knowledge of strategy and achieve that synergy, Kevin attended Carlson Executive Education’s three-day short course, Creating and Executing Strategy. There, he benefited both from the expertise of the faculty and the breadth of experience of his fellow participants. “The ability to have an expert present and then step back a bit and ask questions and draw stories out from people that either illustrated the point they were trying to make, or pointed out a common fallacy or common obstacle, was so great. I felt it provided both the theoretical concepts but also some practical applications I could bring back here to my workplace.”

Of the classroom makeup, Kevin went on to say, “It was tremendous having such a diverse group of businesses and business types represented. And there were two businesses who were from the same industry, and it was interesting to see how strategy would play out and how different groups approach it.”

Hearing the experiences of others in similar situations, Kevin wasn’t the only participant to emerge with a greater confidence in his strategic abilities: “I think that any time there’s a discussion of strategy there are people--even at director level--who think strategy is above their pay grade or they do not have the wherewithal to understand strategy. There were several people in class who were unsure about whether they belonged in that high-level of a course, but these participants were very engaged by the end. There are more roles than you would think where knowledge of strategy is very helpful.”

Back at work, Kevin applied several new competencies he learned from the course. Hearing about the challenges and constraints of other industries and businesses made Kevin more aware, and therefore better prepared to create “mutually beneficial” relationships during potential partnership discussions: "Additionally, learning how strategy presents to the outside world was a great perspective for me, and helped me better frame projects and ideas when I present them.”

And internally, Kevin learned to partner strategically in cross-functional teams, one of his primary goals since moving up in his career. “Another thing I was able to bring back and use immediately was the idea that failure is part of success…We say that but we don’t put it out there. When discussing a current process, making time to talk about the setbacks and roadblocks allows those of us on the executive team to say, “What resources do you need, and how do you need us to provide them?”

Carlson School faculty and instructors showed Kevin how strategy could be applied to strengthen relationships and drive growth, and his desire to learn more about creating a more synergistic workplace was fulfilled.  His experience at Creating and Executing Strategy boils down to two words for Kevin: “Embrace strategy.” 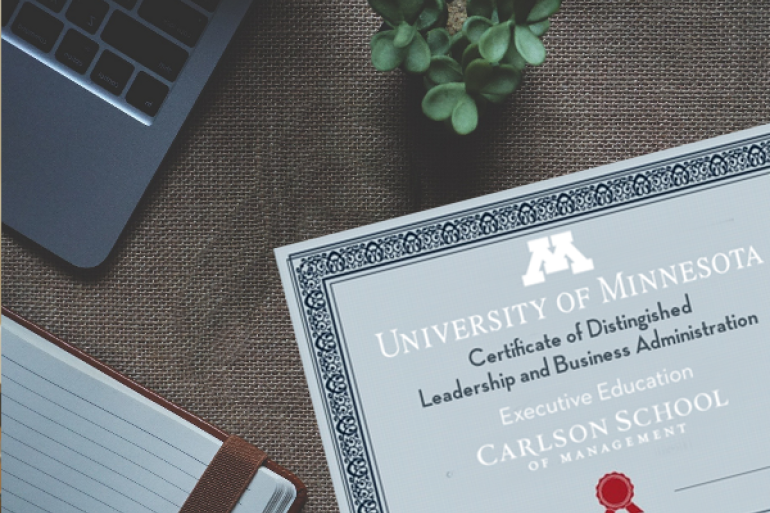 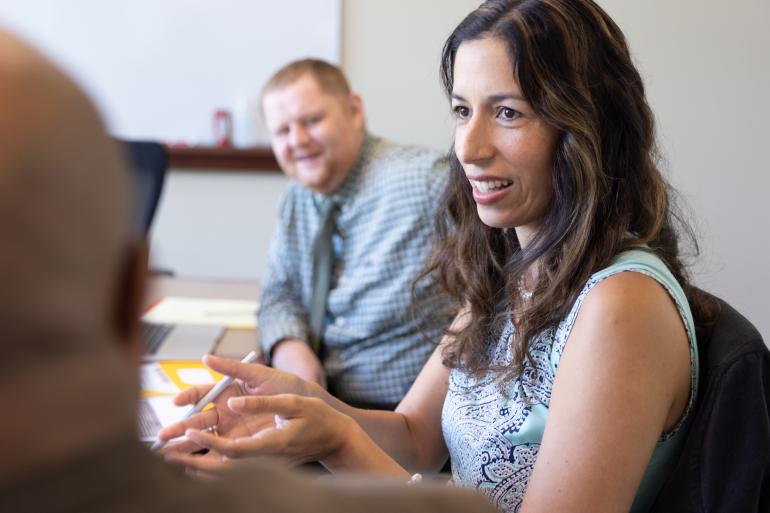