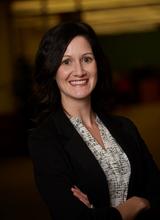 Title:  Walking the Tightrope of Optimal Distinctiveness as a Woman in the Boardroom

Abstract:  This study builds theory on how women experience the role of corporate director through first-hand accounts of those living it. Our qualitative data include an initial focus group, two board recruiters, and 48 one-on-one interviews with women currently serving on 93 corporate boards and collectively representing 835 years of board experience. These data indicate the shared, salient and pervasive challenge of balancing perceived similarity to peer directors with positive distinctiveness from them. Signals of dissimilarity were regularly described by participants and often associated with perceived separation from their majority counterparts. The data suggest that participants experienced a psychological progression from imbalance to balance between similarity and positive distinctiveness. An accumulation of informal board roles – from the prototypical functions of CEO advisor and board monitor, to roles enriching board process, to acting as a change agent – accompanied the progression toward balance on the similarity- positive distinctiveness tightrope. We discuss contributions to research on gender and corporate governance as well as research on individual identity dynamics, providing implications for advancing theory and board practice. 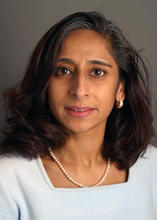 Abstract: Teams scholars have historically conceptualized and measured intragroup conflict at the team level. However, emerging evidence suggests that perceptions of intragroup conflict are oftentimes not uniform, shared, or static. These recent findings suggest two important questions: Where does intragroup conflict originate? And how does it evolve over time? We address these questions by investigating four conflict origins (individual, dyad, subgroup, and team) and three evolutionary processes (contagion, continuity, and concentration). Our longitudinal social networks study tracking conflict in project teams reveals less than 30 percent of teams experience team-level conflict. Instead, intragroup conflict more commonly originates and persists at the individual, dyadic, or subgroup level. We then examine the impact these differing conflict origins have on team effectiveness. Our results reveal conflict origins have both direct and indirect effects on team effectiveness. Our results both raise serious questions about existing methods and theory in the team conflict literature, but also suggest directions for the emerging literature looking beyond team-level conceptualizations of conflict. 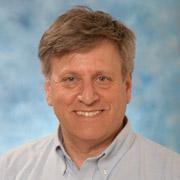 Abstract: In this talk, after reviewing earlier research on pay transparency, I will discuss findings from two recent sets of studies building on uncertainty management theory. In the first set of studies, we develop and test a model explicating how and when secrecy in pay communication affect employee turnover-related outcomes (i.e., employee voluntary turnover intentions and firm turnover rates). Using data collected at the individual (Study 1) and enterprise (Study 2) levels, results indicate that rather than being universal, the relationship between pay secrecy and turnover is contingent upon perceptions of outcome fairness (i.e., distributive justice), with turnover intentions (at the individual level) and turnover rates (at the firm level) sensitive to the degree of secrecy in pay communication only under conditions of higher levels of distributive justice. In the second set of studies we examine the implications of procedural and distributive pay transparency on two forms of counter-productive work behavior (CWB), namely CWB directed towards the organization (CWB-O) and CWB directed against other individuals (CWB-I). Study 1, a field study, revealed that procedural pay transparency was inversely related to CWB-O with this effect mediated by higher perceived procedural justice, while distributive pay transparency was positively related to CWB-O via lower perceived distributive justice. Distributive pay transparency was also positively associated with CWB-I, with this effect explained by diminished social-mindfulness as moderated by social value orientation. Study 2, a lab-based team simulation manipulating participants’ pay level relative to that of teammates, extended these results. Pay transparency (vs. secrecy) generated higher (lower) levels of CWB-O via decreased (increased) perceptions of distributive justice when pay was lower (higher) than that of teammates. Moreover, for those low in social value orientation, pay transparency induced more CWB-I via reduced social-mindfulness when pay was lower than that of teammates, and via heightened entitlement when pay was higher than that of teammates.

Title:  High Turnover in Long Distance Truck Load (TL) Motor Freight: Is it a Driver Shortage and Will Autonomous Trucks Fix it?

Abstract: The trucking industry has argued since 2005 that there is a shortage of truck drivers. Industry leaders also express continuing concern about the high level of turnover in a key segment of the industry, long distance truckload (TL) freight, which has been reported since the mid-1990s.  Recently they have urged the rapid implementation of regulatory freedom to experiment with autonomous trucks, arguing, along with firms such as Uber, that autonomous trucks may “fix the driver shortage.” We analyze the issue of high turnover in a large industry segment–long distance TL firms–in which driver turnover has been persistently high for decades, and in which the industry says the shortage is most severe. We present a simple model of the management problem facing TL firms and use it to argue that high turnover is a natural result of cost-minimization strategies of TL firms, given the product market constraints they face.  We suggest that the perception of a shortage among driver managers is primarily due to this background fact plus the role that turnover rates play as a “shock absorber” in an institutionally sticky pattern of industry price responses to demand changes. With these insights and model in hand, we ask what autonomous trucks are likely to change about this labor market. The answer depends on exactly how this technology is implemented, and we offer some speculative ideas. But we also suggest that in the short-to-medium run the use of this technology in TL could either increase or decrease turnover and the associated perception of a shortage of drivers, depending on details that are not yet available. 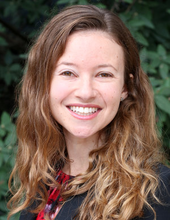 Abstract: Do the long work hours required by many high-paying professions inhibit the entry of women? I investigate this question by studying a 2003 policy that capped the average workweek for medical residents at 80 hours. Using data on the universe of U.S. medical school graduates, I find that when a specialty reduces its weekly hours, more women enter the specialty, whereas there is little change in men's entry. At the residency program level, I document that new female entrants into a specialty are drawn to programs with established female communities. A back-of-the-envelope calculation suggests that the reallocation of women among medical specialties due to the reform can close the physician gender wage gap by 13 percent. 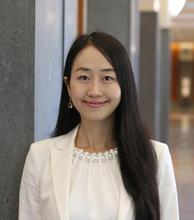 For more information about the Department of Work and Organizations Seminar Series, please contact worg@umn.edu.