Why a Master of Applied Business Analytics Degree?

Military veterans have the distinct advantage of possessing the skills and determination necessary to succeed as analytics professionals in the business world: your ability to solve problems and make decisions quickly under pressure matched with exceptional team management skills including communication and complex negotiations. Whether your military experience includes technology and data expertise or not, by pursuing a Master of Applied Business Analytics degree, you'll learn how to translate those skills into the business world for success in your civilian career.

Military veterans are fully supported by dedicated Carlson School and University of Minnesota personnel to help facilitate entry into, and success during and after, the Master of Applied Business Analytics program.

It is our mission to:

A total of 5 military veterans in our part-time business analytics programs over the past 6 years, including: 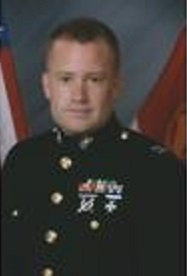 Tony graduated from the United States Naval Academy in 2005 and was commissioned as an officer in the United States Marine Corps. He did ten years as an active duty Marine Intelligence Officer, doing multiple combat deployments to Iraq and Afghanistan. Tony transitioned from Active Duty to the Reserves, where he currently works on the Joint Staff at the Pentagon. In his civilian career, Tony works as an engineer at the cybersecurity company Forescout Technologies Incorporated based out of San Jose, California, working on security for critical infrastructure. Tony graduated from the University of Minnesota's Masters of Science in Business Analytics in 2019.

The Carlson School of Management Graduate Business Career Center (GBCC) has deep experience working with military and veteran students to help them forge successful career paths in the business sector. Military candidates arrive at the Carlson School with strong organizational, problem-solving, time management, and leadership skills sought by employers. Through career programming, workshops and one-on-one coaching, they learn to effectively translate those skills to a variety of business functions, setting them up for both immediate and future success in civilian careers.

Our military students come from a wide variety of functional areas both in and out of the military. Many utilize their master's degree in business analytics to pivot, accepting roles across the broad spectrum of analytics and business intelligence, with some pursuing entrepreneurial ventures. Others use the degree to make the transition to a civilian career.

The non-refundable $75 application fee is waived for applicants who have served in the US Armed Forces for any length of time prior to submitting an application.

Veterans attending the University of Minnesota will be assessed resident tuition rates for their degrees. The resident tuition waiver will be automatic for veterans with a DD-214 on file that receives educational benefits. For more information or to receive in-state resident rates, please submit a copy of your DD-214 to University Veterans Services.

Speak with the Admissions Advisor for the Master of Applied Business Analytics (MABA) program to learn more about the admissions process, as well as answer any questions you have about the curriculum and student experience.

Connect with an Admissions Advisor