When she began the Carlson Executive MBA Program, Jennifer Schultz was a senior marketing account manager for Avera Health. She pursued her MBA to broaden her business expertise and get to the next level in her career. At the conclusion of the program, her career hit a major milestone: in the weeks between her international residency in South America and her graduation day, she was named vice president of marketing.

The promotion resulted from years of hard work, invaluable mentorship from her boss, and the network she formed at Avera. Schultz also says her increased business acumen—shaped by the MBA program—got her noticed at work, mere months into the program.

“I started to have a level of thinking that was more innovative,” she says. “It helped accelerate my career because people could see that I was bringing something different to the table.”

As Schultz progressed through the program, her role at work progressed too. Her department transformed from a decentralized unit to a centralized function for all of Avera—a multi-billion-dollar health system based in South Dakota that spans five states and employs 900 physicians.

The Carlson School helped her navigate these changes: she took advantage of career coaching to use the restructuring as an opportunity to find her career niche.  She also sought guidance from her cohort (the dedicated class of students that begins, proceeds through, and finishes the 2-year program together).

“Having a cohort to talk through what was happening at work was absolutely invaluable,” she says. 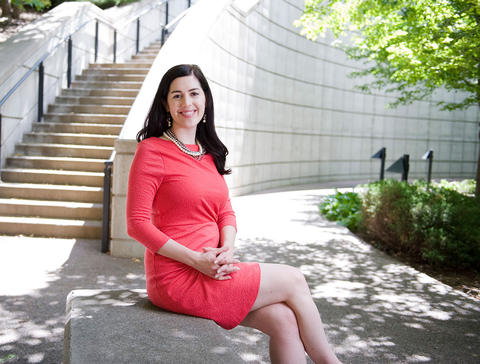 Favorite thing about the Carlson School: “The Carlson staff was very supportive. If you were having a difficult time with something personally, or if you had something going on at work, or if you were struggling through a group assignment, you could easily just visit with them about it and they would help you facilitate a solution.”

Most valuable aspect of Carlson MBA: “You are exposed to such a wide variety of people and thoughts to help you become a broader-thinking business professional.”

At the end of her first year, she was promoted to director of marketing for the medical group.

“In my work world, as they were looking at people, and needs, and resources, I was also increasing in value inside of the organization but also had the potential to move into a new role in a new community,” she says. “My trajectory moved very quickly within Avera, although I had worked for this role for years.”

Twelve months later, she was again promoted to Avera’s VP of marketing and is among the youngest vice presidents in the organization.

But with the support of her employer, her instructors, and the Carlson School support staff, she excelled in the MBA program and at work.

“I realized that I’m Carlson built, which means that I have the resources, tools, and education to face anything I come across in the world,” she explains. “There is nothing that can be thrown at me that I can’t figure out how to manage.”