Supporting the School for the Past 15 Years

2003 seems like such a long time ago. George W. Bush was president, the Nokia 1100 was the year’s phone of choice, “In Da Club” by 50 Cent was Billboard’s hot #1, and two Matrix sequels disappointed millions of moviegoers. 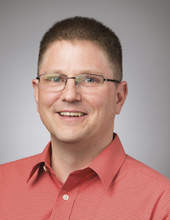 But that year also was special for another reason. It was the first time Jon Rehfeld gave to the Carlson School. And he’s been doing it annually ever since. Rehfeld, ’01 MBA, is a senior consumer insights manager with Post Consumer Brands in Lakeville, Minnesota. He has been with Post since March 2015; prior to that he held various consumer insights roles at General Mills for nearly 15 years.

“The reason why giving back is important to me is that I am in a position to do so and I understand that not everyone is in a position to advance their career on their own financially,” he says. Rehfeld adds that he appreciates how completing his education at the U had such a tremendous impact on his career. “I feel having my MBA opened doors for me professionally that I wouldn’t have had without it,” he says.

He found his Carlson School education transformative as he gained a more holistic understanding of how businesses run. “Being able to gain exposure to a variety of functional areas helped provide me a richer perspective of how the pieces come together to create the whole,” he says.

That holistic mindset also surfaces when Rehfeld reflects on why he continues to give every year—to be a part of a continuum. “I see it as an investment in the future of our next round of business leaders,” he says. “I was fortunate to benefit from the academic rigor and lifelong friends I gained during my time at the University. Both have been instrumental in helping to make me who I am today. Go Gophers!”