Kyle Burkhardt, '20 CEMBA, works as the Director of Strategy & Insights for the NBA's Los Angeles Clippers and flies to Minnesota every other weekend for the Carlson Executive MBA program. It sounds exhausting, but it's all worth it in Burkhardt's pursuit of a high-quality education with a significant return on investment. Each time he heads back to California, he's bringing valuable knowledge he can use every day in his role with the Clippers

Though he doesn’t travel with the team, Kyle Burkhardt, the director of strategy and insights for the NBA’s Los Angeles Clippers, may be fast approaching the frequent flier miles of those that do. 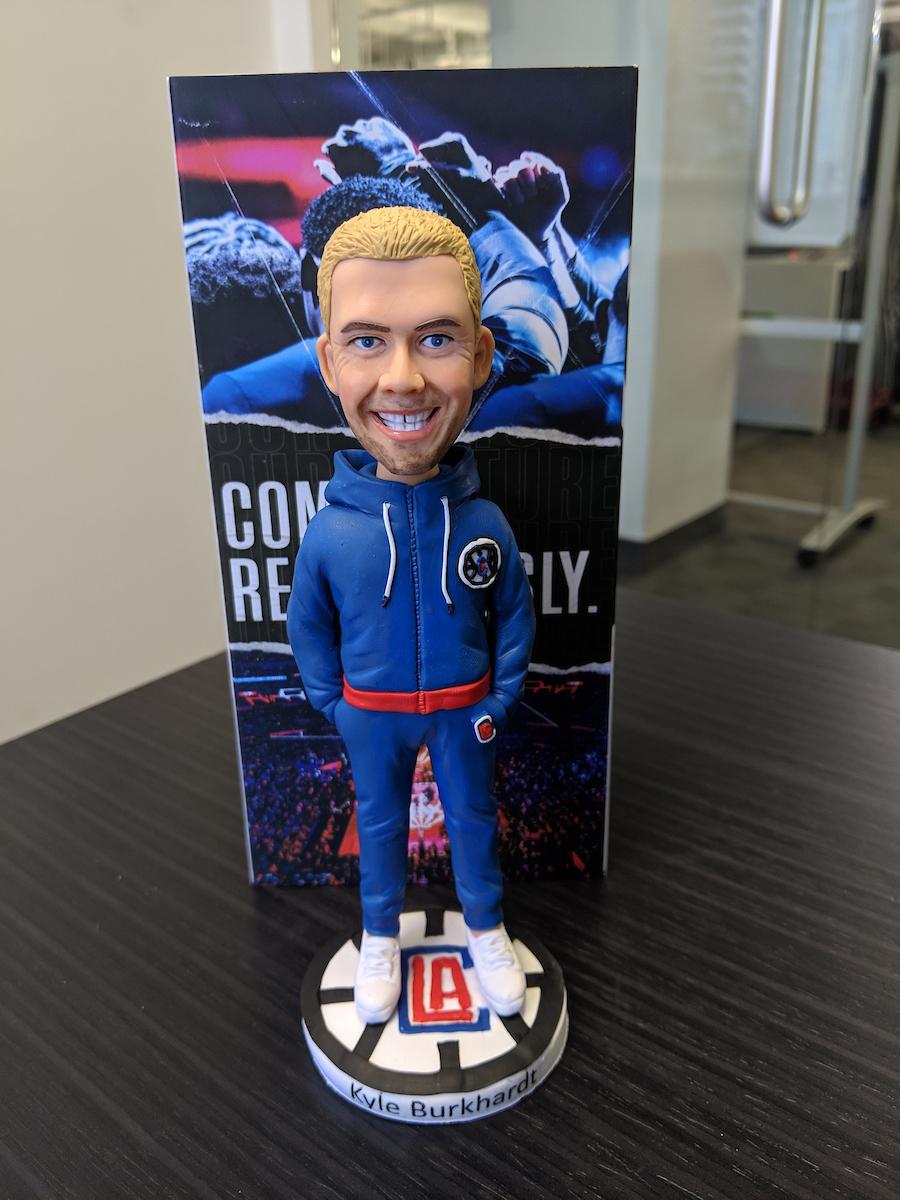 Burkhardt, a current Carlson Executive MBA student, commutes over 3,000 miles roundtrip every other week from his home in Los Angeles to weekend classes in Minneapolis. Why? Well, the Minnesota native knew his hometown university offered him everything he was looking for.

“I looked around at other schools here in Los Angeles and I just kept coming back to Carlson,” he says. “I can get the same quality education for less money than I would be paying for other schools. That, and my mom likes the fact that I’m flying home every other weekend, which is a plus.”

The travel may sound exhausting, but Burkhardt says the air time allows him to focus on his studies.

“On the way to Minneapolis, it’s about three hours, which is three hours of dedicated homework time,” he says of the trip. “I write a lot of papers on the plane and do a lot of reading on the plane. It’s nice to have some built-in time blocks.”

Once he lands in Minneapolis, he’s ready for two straight days of demanding classes. Whatever the topic, Burkhardt has found lessons immediately applicable at work.

“While I was building our analytics team at the Clippers, my organizational behavior class with Professor Mary Zellmer-Bruhn was really helpful,” Burkhardt says. “I have no formal training in that realm, and as my team has grown from three to 12, how to motivate people, how to build teams, how to effectively manage different styles and personalities and make them work together have been extremely helpful in building the most productive and effective team that we can have.”

Burkhardt also learns from his classmates, who bring a variety of life and career experiences.

“That’s been the most valuable thing to me,” he says. “I didn’t understand when I started how close knit all of us were really going to be at the end of this. There’s going to be people that I am definitely friends for life with and the whole class, I would never hesitate to reach out to any of them if I had a question about their area of expertise.”

Everyone in the CEMBA program has to balance class, work, and personal lives, so Burkhardt says he doesn’t see himself as any different from his classmates. The only challenge is being physically present for group projects, but Burkhardt says working virtually has made the final product stronger.

“I think because we know there’s this kind of barrier of me not being there that we’ve actually gone out of our way and made more of an emphasis to make sure we’re connecting,” he says.

Set to graduate in May, Burkhardt will continue to work for the Clippers and has no plans to stop returning home. He has Vikings season tickets after all.