A Port in the Storm

Tomme Beevas (’11 CEMBA) is reinventing the way a restaurant can serve its community.

Tomme Beevas is a father, an entrepreneur, and a movement builder who effortlessly and quickly weaves history lessons, policy knowledge, and recipes throughout his conversation. He transcends the limits former corporate leaders often find in themselves, unable or unwilling to believe another world is possible.

After winning the Food Network’s Food Court Wars in 2013 at Pimento Jamaican Kitchen’s Burnsville Center location, Beevas resigned from his position at Cargill as director of global community involvement, and opened a second location in March 2016: Pimento Jamaican Kitchen on Eat Street in South Minneapolis. A staple of feel-good, authentic Jamaican cuisine, Beevas has built a gathering spot for more than food. “My superpower is convening people who don’t normally get together. Pimento is like Jamaica, where everyone can come together,” he says.

That’s just what Pimento became for organizers, donors, and those in need in the aftermath of the murder of George Floyd on May 25, 2020. In the weeks following the Memorial Day tragedy, protests rippled through Minneapolis, as did opportunists who took to the streets destroying property—leading to the unprecedented deployment of the entire Minnesota National Guard. In some areas, the uprising brought the destruction of vital community grocery and supply stores, leaving residents and families without access to food and basic necessities.

“We are asking people to invest in this corporation and reimagine the instrument of liberation because everyone has instruments they can bring to the table.”

Almost overnight, supply collection and distribution sites popped up across the Twin Cities, with donations arriving from all over the state—even across the country. From churches to restaurants, parks, and small businesses, community organizers mobilized quickly for safe aid distribution, sometimes through daily Twitter and Instagram posts.

“Nobody thought the revolution was going to start in Minneapolis,” Beevas says in response to the uprising and the community support that followed. Within a few days, Pimento turned its entire operation into a donation collection and pick-up site for the community—an effort that became known as Pimento Relief Services. Staff and volunteers fed more than 4,000 people and raised $70,000 to provide emergency support. “Who’d have thought Pimento, a Jamaican restaurant, would provide these kinds of services?” Beevas says.

As an immigrant from Jamaica, he often reflects on how Americans approach community needs. “I’ve been studying Americans, and they tend to solve problems with a business solution.” And naturally, he sees business playing a major role in the pursuit for Black liberation.

The distribution site was just the first step toward applying those business solutions towards Black liberation. Pimento Relief Services is evolving with the needs of the community, officially incorporating as a B Corp to build more structure and expand its impact. Beevas wants to create a sustainable, long-term model for community support that moves beyond emergency relief and into community prosperity. The B Corp will take a holistic approach to equitably investing in the economic development of Black people, organizations, and movements. 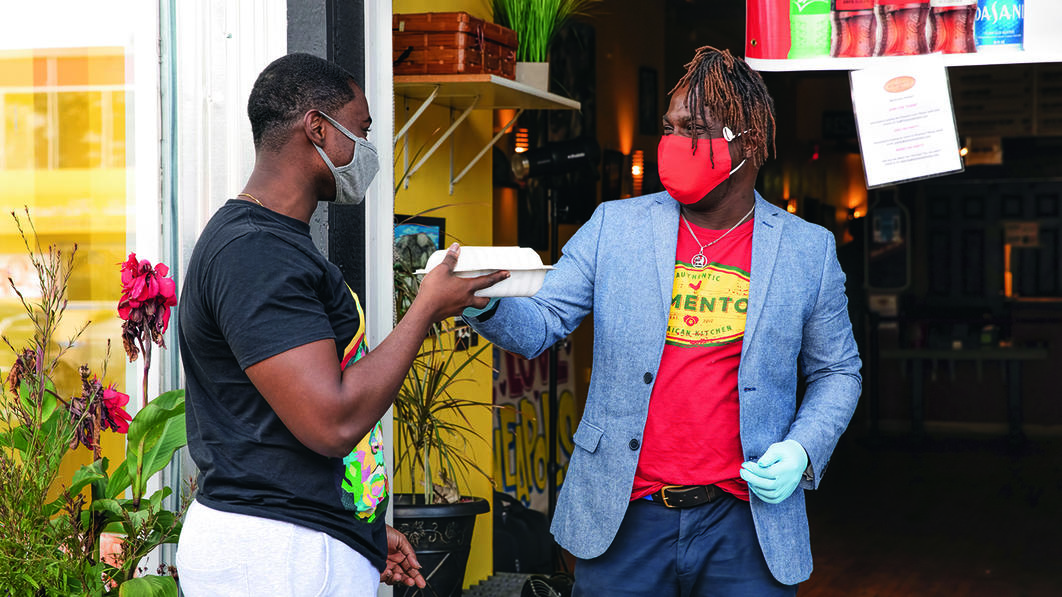 Beevas offers up takeout served up with his signature brand of hospitality. 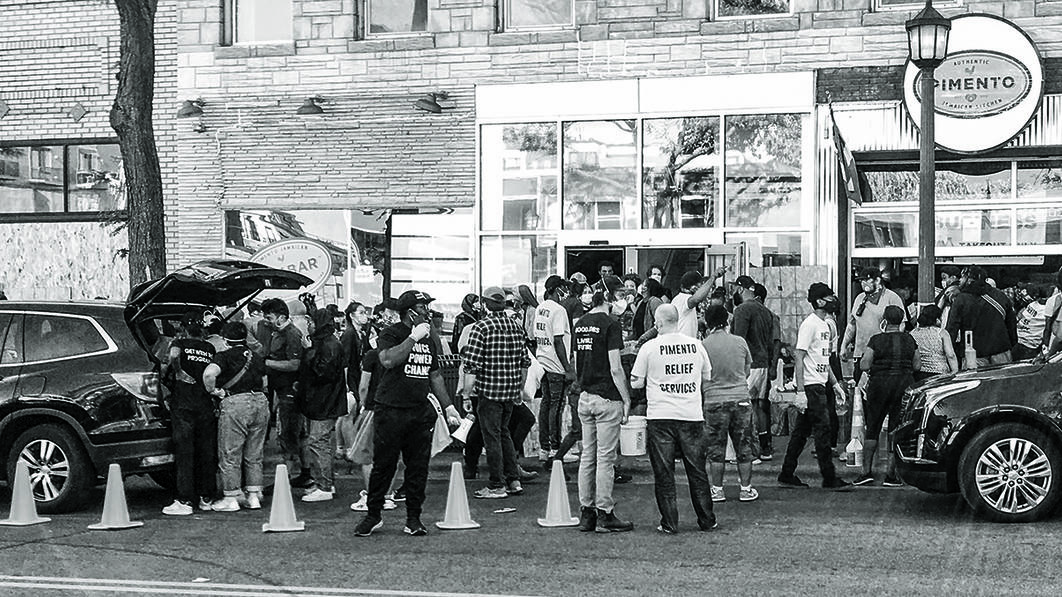 Crowds gather outside Pimento Jamaican Kitchen—which became known as Pimento Relief Services—in south Minneapolis, the flashpoint of the uprisings following the murder of George Floyd in May of 2020. 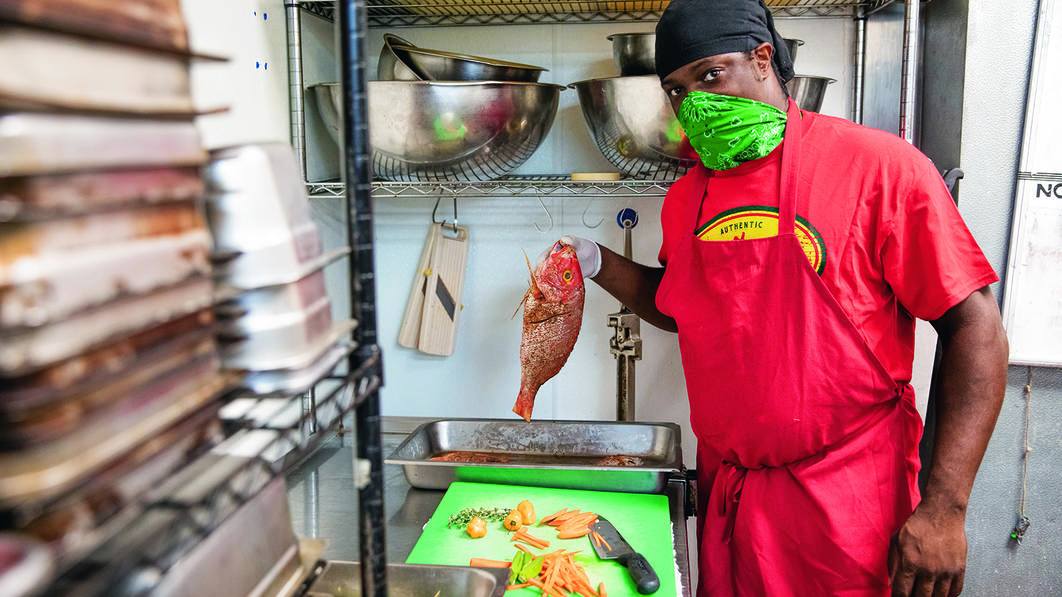 A staple of feel-good, authentic Jamaican cuisine, Beevas has built a gathering spot for more than food. 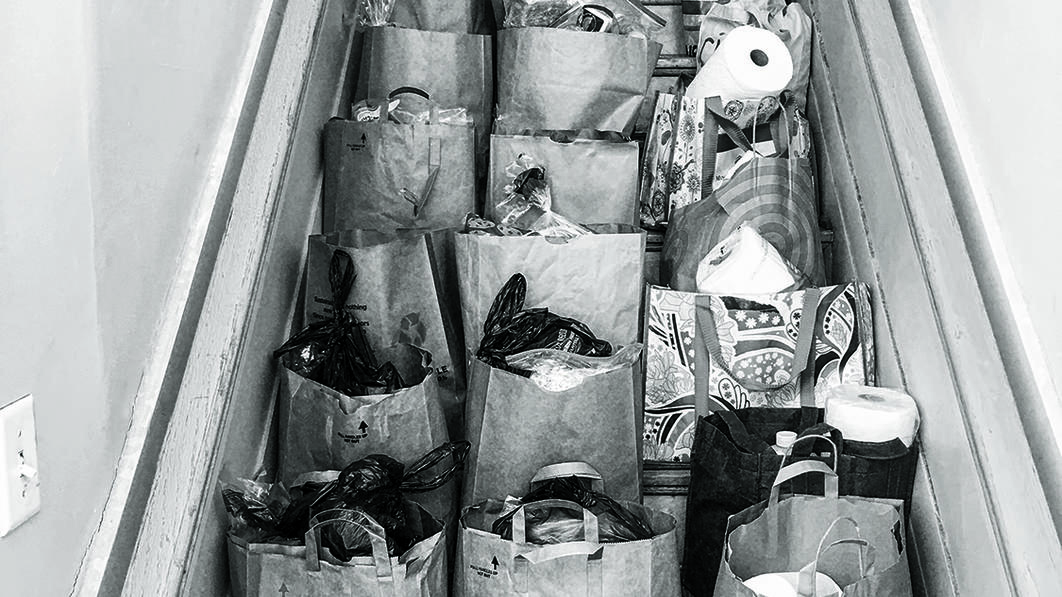 Bags of donations are organized and sorted for those in need.

Beevas offers up takeout served up with his signature brand of hospitality.

Crowds gather outside Pimento Jamaican Kitchen—which became known as Pimento Relief Services—in south Minneapolis, the flashpoint of the uprisings following the murder of George Floyd in May of 2020.

A staple of feel-good, authentic Jamaican cuisine, Beevas has built a gathering spot for more than food.

Bags of donations are organized and sorted for those in need.

Beevas defines that liberation as the economic, political, and social advancement of Black communities, investing in ownership of businesses and land, rewriting what he calls “herstory,” and providing resources for political candidates to run and win.

“Where are our Black banks? Fifty years ago, they were thriving until they got burned down,” he says as he reflects on Black Wall Street and the Tulsa Race Massacre that resulted in a white mob bombing the Greenwood economic district in 1921 Tulsa, Oklahoma. He says he recognizes the importance of centering Black voices in the growth and development of Pimento Relief Services. And he’s ready to use his rich understanding of history and future analysis to provide the bold, visionary leadership this movement needs.

In order to make this happen, Beevas is currently bringing community experts to the table to take on these three pillars of liberation. Each committee is reimagining what funding mechanisms, educational opportunities, and foundational structures are needed to build out an organization that can support the movement. 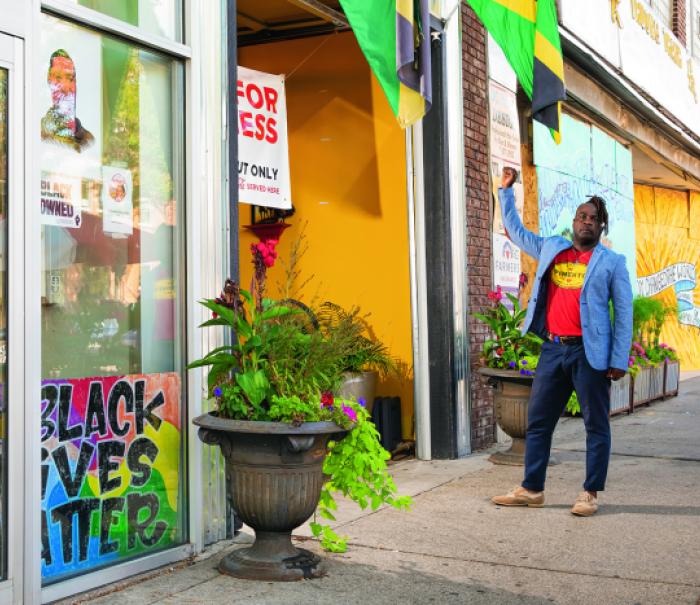 “All options are on the table. With the distribution efforts, we fed 4,000 people in the first couple of weeks. The question is how do we prevent these people from needing to come back for more next week? We need to figure out how to fill that gap until the food deserts are closed or there’s an oasis there,” says Beevas. “Imagine if 3M, Target, Cargill, and the University of Minnesota were putting in the resources to solve these problems.”

He believes individual people and the business community can reimagine the instruments of liberation if they all bring something to the table and believe in the movement over the moment. He knows the vision for a better future is going to take more than a quick fix. “They must see Black businesses as a part of growing our economy, and not just on Black business day.”

There’s been a wider uptick in the interest and number of ways to support the Black business community in the months following the uprising, but there’s still much more work to do in the investment and advancement of Black people. Minnesota has the largest education and economic gaps in the country for people of color and it’s been widely reported, including by Forbes, that Black-owned businesses receive far less investment than their white counterparts.

There are also gaps in business leadership opportunities. Though Black Americans represent 13.4 percent of the U.S. population, they make up only 1 percent of CEOs in the Fortune 500, according to Fortune magazine. Minnesota has zero representation in this executive leadership role, despite being a central hub for major corporations. Beevas says shifts of leadership at the top need to happen in order to better represent the communities they respectively serve.

“Let me be honest and clear: The secret sauce is [the movement] has people who reflect the community in its leadership. That’s how we’re able to represent and serve a community.”

Despite these disparities, Beevas says he believes the corporate community is ready to step up and into this movement. “We have the willpower, bridge, resources, and commitment to truly make Minneapolis a model city for the world. This is something we all need to fix.”

But, he adds, the movement doesn’t necessarily need corporate America to move the needle, either. “If the corporate world chooses not to step up. that’s OK, too. Let me be honest and clear: The secret sauce is [the movement] has people who reflect the community in its leadership. That’s how we’re able to represent and serve a community.”

Though he is managing a changing business, a family, and his well-being throughout multiple crises, he’s stayed positive about the city he loves and its future: “I have that Jamaican resiliency. A hurricane means more street parties.”

This article appeared in the Fall 2020 alumni magazine

The year 2020 has brought forth unprecedented change. In this issue of our alumni magazine, we explore these changes and the Carlson School’s role in it.