Every year, hundreds of entrepreneurs compete in MN Cup— the largest statewide startup contest in the country. The event, hosted by the Carlson School and the Gary S. Holmes Center for Entrepreneurship, is instrumental in fueling job creation. Winners receive funding and other resources and make valuable connections. We asked a few of them to talk to us about their experience with MN Cup and what it meant for their businesses. 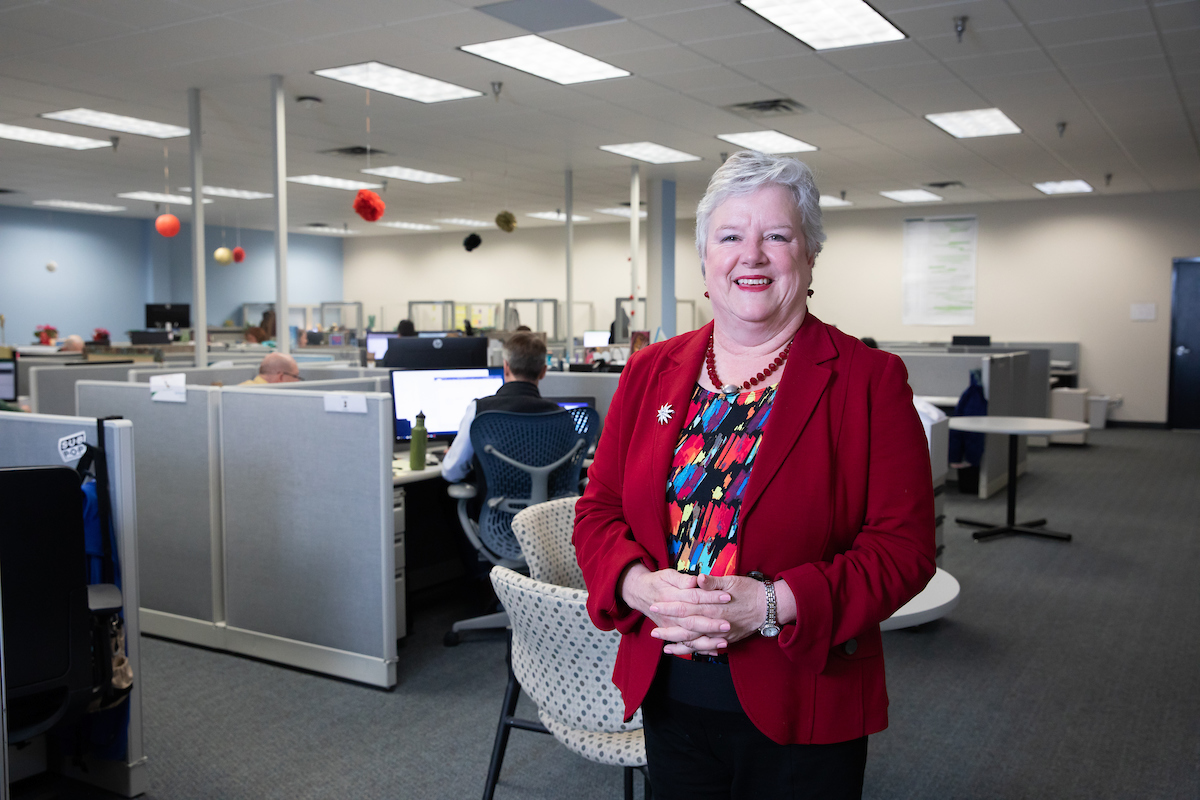 First, imagining what could be, then putting a plan together to make that happen, and then being persistent on pursuing that.

Rebiotix is a clinical stage biotechnology company founded to revolutionize the treatment of debilitating gastrointestinal (GI) diseases by harnessing the power of the human microbiome.

Q - What inspired you to start Rebiotix?

A - I found out about the technology through the University of Minnesota. I happened to be a CEO in residence there at the time and was looking for my next thing to do. I was helping them out while I was looking for a job, and I came across this technology. I volunteered to help the scientists look at a business option for it, because I thought it was such a ridiculous concept, I had to learn more. As time progressed, I was so enamored with the concept of the business that I really believed it was something that could change the way healthcare was practiced in the future.

Q - What characteristics do you think have helped you to become successful?

A - I’m extremely curious, so when something captures my imagination, then I’m very persistent in following it up. What I’ve learned over my career is how to execute on a plan, and I think that has really contributed. First, imagining what could be, then putting a plan together to make that happen and then being persistent on pursuing that.

Q - What have you learned along the way that surprised you?

A - Oh, absolutely everything. Things, of course, are always harder than you expect. In this business, I thought, “Well, we’re starting out with human poop. How hard can this be?” And I found out, of course, it was totally difficult. It took years to figure out what was in our mix, et cetera. I think everything being organized, the people that you choose, how do you do all that stuff and put it together and make it work? Every day, unfortunately, is a surprise, but that’s the fun part, too, because, for me, being able to look at that whole arena and say, “Here’s my goal. Here’s what changed. Here’s what I didn’t expect. How can we change it?” And we’ve often found that we’ve done a better job and faster job because we’ve had the flexibility to do that. 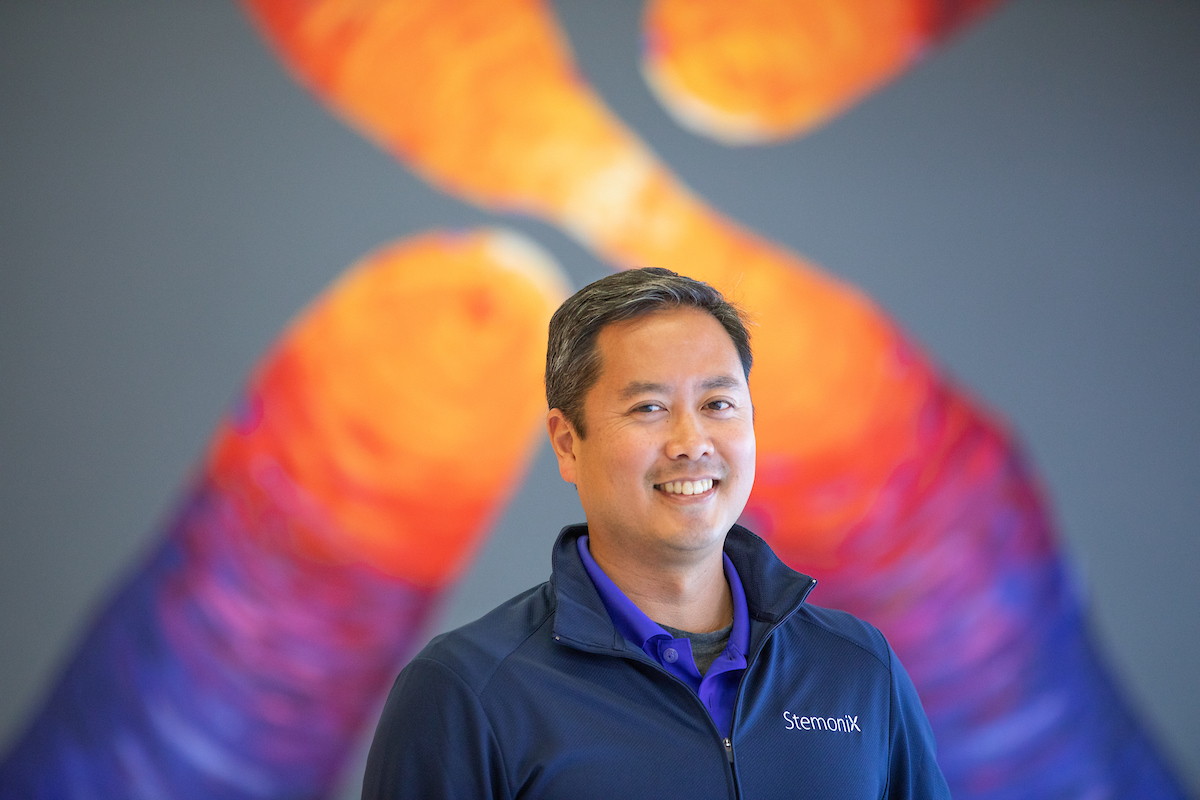 That’s how it started: with a basic kind of premise of, can we do this better?

Q - What inspired you to start this business?

A - I was a cancer survivor. And my experience wasn’t a straight line in terms of going through that experience. It wasn’t like do chemo, do radiation, and you’re in remission. I had a situation where I was resistant to the first round of—actually, first eight rounds of — chemotherapy. It was a very difficult time physically and mentally, to get through that, and that experience planted a seed of how can we test drugs to see if they work without giving it to the actual person? Can we test it outside their bodies, but in a model that’s very similar to them? That idea was the foundational challenge for our company, and then as we started doing a lot of startup techniques and going out and talking to customers, and trying to figure out what were the problems and challenges for this general type of technology that we were implementing around this idea. That’s how it started: with a basic kind of premise of, can we do this better?

Q - How did you hear about MN Cup, and what made you decide to apply?

A - The first time I went to MN Cup was as an audience member, and the energy was phenomenal. It seemed like the entrepreneurs really learned and picked up a lot of things through the process. And it seemed like something that would be really good for me and the company, so I decided to jump in and go into it.

Q - How has your business evolved since you won the grand prize?

A - The first time we applied, there was, I think, just three of us. Today we’re about 40, so there’s been quite a bit of growth from a headcount standpoint. We’re also in a really beautiful 16,000-square-foot manufacturing plant, and we feel very connected to this space because we put a lot into it. We actually painted the walls ourselves. We have a lot of sweat equity in this building. 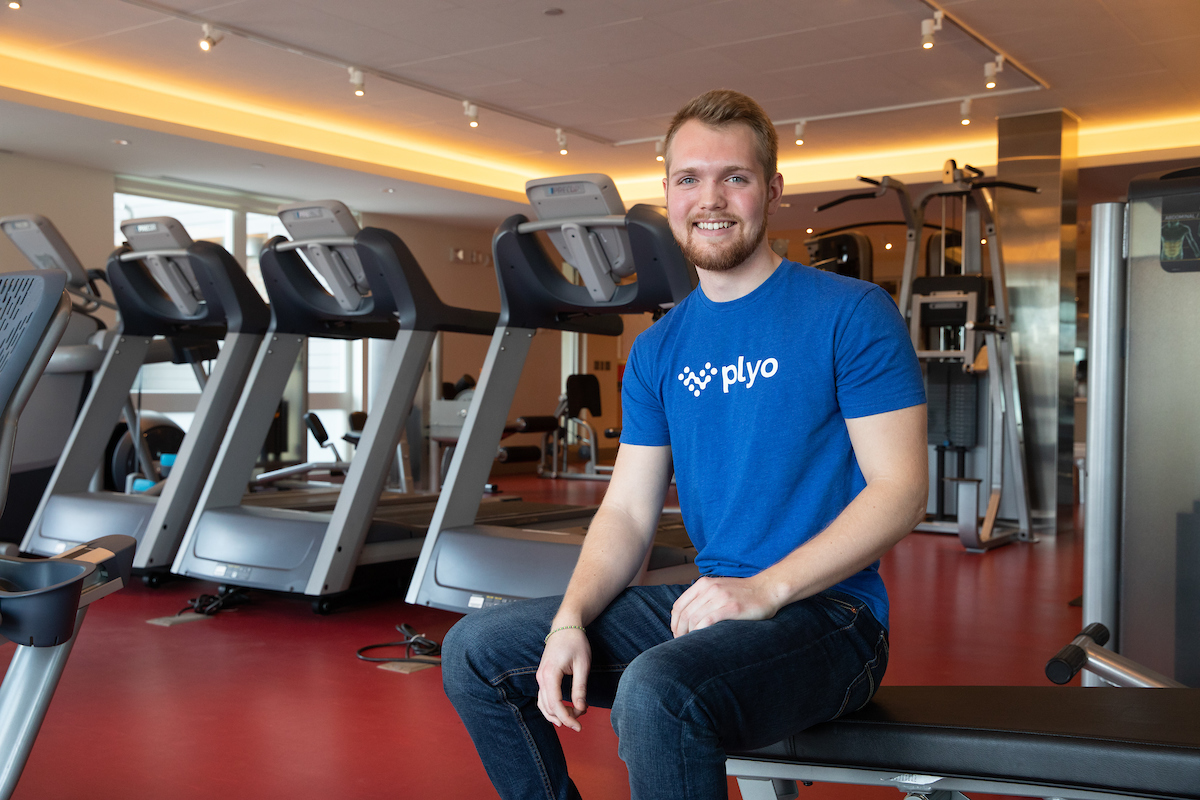 "Going through the process of refining the pitch and writing the business plan was actually super useful.”

Plyo is a loyalty app that rewards users for exercising on campus with deals and coupons from local businesses. Users earn points for the time they spend exercising at facilities on campus and then they are able to redeem those points for rewards at companies such as Caribou Coffee, Chipotle, and Starbucks.

Q - What made you found Plyo?

A - At face value, what you see is kind of a fun exercise app that people can use while they exercise to get deals to their relevant restaurants or popular brands, but what we’re really doing is trying to form lifelong habits of exercising. Right now, college is the time where people make choices that impact the rest of their life. Being in college and seeing the choices of my peers, we had to do something about it. This is one of the single largest problems of our time that’s not being addressed. In the U.S., 600,000 people die of cancer each year while 300,000 people die of obesity-related illnesses and diseases. Think of all the effort and the investment and resources being put into cancer research while we see a gap in physical fitness and mental wellness that we’re trying to solve.

Q - What inspired you to start your own business?

A - That goes way back. I’ve always known that I wanted to start my own business. I started my first business when I was eight years old, crafting and selling magic trick kits to my friends. It’s just been one after another throughout the years, and now, it’s time to get serious and grow a real company. That’s where Plyo comes in.

Q - What impact did the MN Cup competition have on your company’s trajectory?

A - The process of going through the Cup really pushed us to answer those hard questions about our business and to create a game plan for how the business model was going to work, how we were going to grow it, and who was going to be involved in growing our company. Going through that process of refining the pitch and writing the business plan was actually super useful. The Cup put us in front of the entire Twin Cities startup community. I see the Cup as like the central hub of startup activity in Minnesota, so the amount of resources and connections and advisors and mentors we’ve found who are reaching out willing to help us has been incredible for our business. People who are doing what we want to be doing down the road are helping us out.