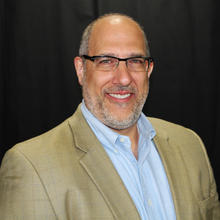 Entrepreneur Dan Mallin, ’95 MBA, was announced as an AACSB 2020 Influential Leader. The AACSB 2020 Class of Influential Leaders awards are given to graduates of AACSB-accredited schools, such as the Carlson School, who are creating lasting impact in their communities, industries, and around the world.

Mallin’s work and commitment to both the Carlson School and the Twin Cities go back more than two decades—together with his longtime business partner Scott Litman, ’90 BA—through several highly successful companies and the launch of MN Cup.

Mallin currently works as managing partner and founder of Lucy, an artificial intelligence company enabling Fortune 1000 organizations to unlock dark data and unearth crucial marketing insights. He also is an entrepreneur-in-residence and advisory board member at the Carlson School’s Gary S. Holmes Center for Entrepreneurship.

Prior to Lucy, Mallin built and sold three companies with Litman that focused on innovating within the product, marketing, and digital spaces—Magnet 360, Imaginet, and Spot Buy Spot.

In 2005, Mallin and Litman founded MN Cup, which has become the largest statewide new-venture competition in the country. His initial efforts included managing every detail of the competition launch, promotion, and execution. He and Litman expended thousands of hours during the competition launch by reviewing every single entry personally and processing them on a website Mallin built and managed. They also enlisted dozens of sponsors, judges, and partners that became the foundation for a community-led partnership that former Minnesota Governor Mark Dayton later called “a model private-public partnership.”

Mallin is one of 25 business school graduates worldwide to receive this honor.

This article appeared in the Spring 2020 alumni magazine

This issue of our alumni magazine focuses on our world, how we take part in it, and how we, as a community, are making it a better place.