The 2020 U.S. presidential election season is officially underway. That means U.S. companies will be spending more money on advertising and business operations, simply because a presidential campaign is occurring, according to new research from the University of Minnesota’s Carlson School of Management.

The research, published in the Academy of Management Journal, is based in part on an analysis of 1,101 firms’ advertising spending between 1950 and 2011. Firms spent 3% more in election years than in non-election years -- about $2.5 million, on average -- compared to a control group of firms with headquarters outside the U.S. 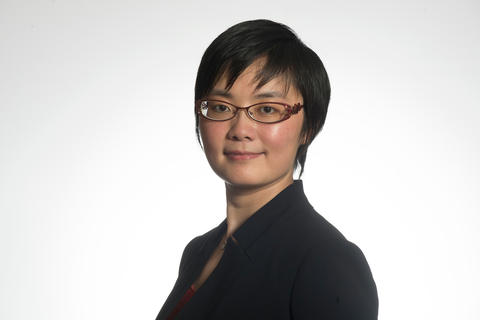 Carlson School (CS): What happens to the mindset of U.S. business managers during presidential election years versus non-presidential election years?
Alison Jing Xu (AX): Every four years, U.S. citizens are exposed to a substantial amount of information — largely media advertising, as well as nationally-televised debates and seemingly incessant media commentary — that compares and contrasts presidential candidates. Throughout the election cycle, the explicit goal is for you to choose one candidate and take action by voting. As a result, managers at companies appear to adopt a “comparative mindset,” disposing them to constantly compare options in many aspects of their lives, outside of just the presidential election.

CS: How does that comparative mindset influence managers decision-making?
AX:  Purchase decisions typically involve a three-step process: whether-to-buy, which-to-buy, and then purchase. In the whether-to-buy stage, negative information plays a relatively important role because it provides evidence that allows managers to not buy at all. However, in a comparative mindset, deciding whether-to-buy is skipped. These managers start at the which-to-buy stage, meaning negative information plays a reduced role, because a decision to buy has already been made. This means managers choose more and spend more.

CS: How can managers and companies handle this mindset shift?
AX: If managers buy when they shouldn’t or spend more than they should, their organizations might suffer. Managers can guard against this tendency by first becoming aware of it. Then, managers can be taught techniques to correct it.

Our research suggests deciding which options to reject (rather than which options to choose) at the which-to-buy step weakens the mind-set’s impact. Also, reminding managers that the option not to buy is always available helps, regardless of what stage in the process they are at. For example, forcing managers to revisit the whether-to-buy step can reduce the mind-set’s impact. These strategies can be easily implemented by organizations in their decision processes.

CS: What areas do you plan to look at next?
AX: We want to see if the extent to which people make cost/benefit trade offs moderate the comparative mindset effect. Macroeconomic factors, such as an economic boom, and firm-specific factors, such as the prior year’s profit performance may also play a role.

Furthermore, given the importance of developing de-biasing procedures in managerial decision making, we hope that future research will consider additional techniques to remove the potentially damaging effects of the comparative mind-set.