Three Alums Who Made History

The Carlson School of Management has educated many students who have gone on to be recognized for their great achievements in their respective fields. This includes many who walked our halls during the first half of the 20th century when the Carlson School was originally called the University of Minnesota Business School, and then the School of Business Administration.

Although our school’s name has changed, our commitment to excellence in management education has never wavered. We have always put work at the center of what we do, and supported all individuals who want to reach their full potential.

These three alumni broke barriers at the Carlson School—and in some cases continued to do so throughout their professional careers. Their influences on the school have long outlived them, from the University’s first woman PhD graduate to the man who inspired Carlson’s most prestigious undergraduate award. 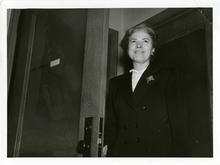 Born in Melrose, Minnesota, in 1903, Dr. Helen Gertrude Canoyer was a trailblazer for women working in the field of economics. She completed her bachelor’s, master’s, and doctorate degrees at the School of Business Administration, becoming the first woman to earn a PhD at the University of Minnesota in 1940, and one of the first women in the country to earn a PhD in economics.

Canoyer served on the faculty of her alma mater for 20-plus years, but her contributions to economics spread far beyond her home state. She was a sought-after authority on her specialized interests of consumer economics and marketing, publishing articles and books; speaking nationally and internationally; and fulfilling leadership positions for many professional associations, including the American Marketing Association and National Association of Consumers. Canoyer also served her country as an economist for various government offices and departments during World War II, and again in 1962, when she was appointed chairperson of President John F. Kennedy’s Consumer Advisory Council.

Academics were always at the forefront of her career, however. Beyond the University of Minnesota, which presented her with an alumni achievement award in 1956, Canoyer took up posts as the dean of Home Economics for both Cornell University in 1954 and the University of Massachusetts in 1971. These roles allowed her to continue teaching, breaking barriers for women, and advocating for them until her retirement to San Francisco in the late 1970s. She died in 1984.

From the time he was born in Tuskegee, Alabama, in 1912, Dr. William Louis Campfield set himself on a path to earning the designation “first” in many categories. But before that, he was simply a high school student with a knack for numbers. After graduating from New York University in 1933 with a bachelor’s degree in accounting, he continued his education at the University of Minnesota, where he was the sole member of the school’s first Master of Business Administration graduating class in 1937. 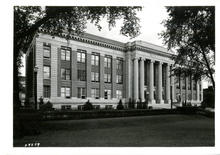 Despite facing employment obstacles in the pre-civil rights era, Campfield didn’t let that deter his ambitions in both academia and professional practice. He spent the majority of his career intertwining the two with controller stints at two universities, multiple appointments within the military and government, and a brief period when he owned an accounting firm. He did all of this while making time to earn his Certified Public Accountant license in 1941 and his PhD from the University of Illinois in 1951, becoming the first African American CPA/PhD in history. More than anything though, Campfield had a passion for teaching, and he served on the faculty of more than 20 universities, including a visiting professor position at the University of Minnesota in 1973.

Campfield was forced to retire in 1986 after a stroke, but even now, 25-plus years since his death in 1993, he is still making history and his achievements continue to be celebrated. This year, he was inducted into the American Accounting Association’s Hall of Fame, the first African American to receive that honor.

Every year, a graduating senior is chosen to receive Carlson’s Tomato Can Loving Cup, which is “presented annually to that person who in the course of the year has rendered the most distinctive service to the school,” according to the trophy’s inscription. It’s the school’s oldest, most prestigious award for undergrads, but the emblem that represents it—a tomato soup can—actually started as a joke 90 years ago.

In 1928, Henry Hilton was an undergraduate student in the School of Business Administration. There, he was named the first manager of a student-founded book exchange that allowed classmates to buy and sell used textbooks. Charging a 10 percent commission to cover expenses, the exchange quickly caught on, with 75 percent of the student body utilizing the service.

That same school year, the idea for an outstanding service award was brought to the attention of Dean Russell Stevenson. Hilton volunteered to create the trophy, which he crafted by nailing a tomato soup can to one of his mother’s wooden candlesticks, but he didn’t expect to be its first honoree in 1929.

The tradition has continued since, with today’s recipients—there have been 91 to date—earning not only the infamous trophy, but also a half-tuition scholarship to Carlson’s Full-Time MBA program following two years of professional work experience.

This article appeared in the Fall 2019 alumni magazine

The Carlson School is celebrating its centennial. In this issue, we examine our storied history (and the people that made it possible) and look forward to the next 100 years of excellence.