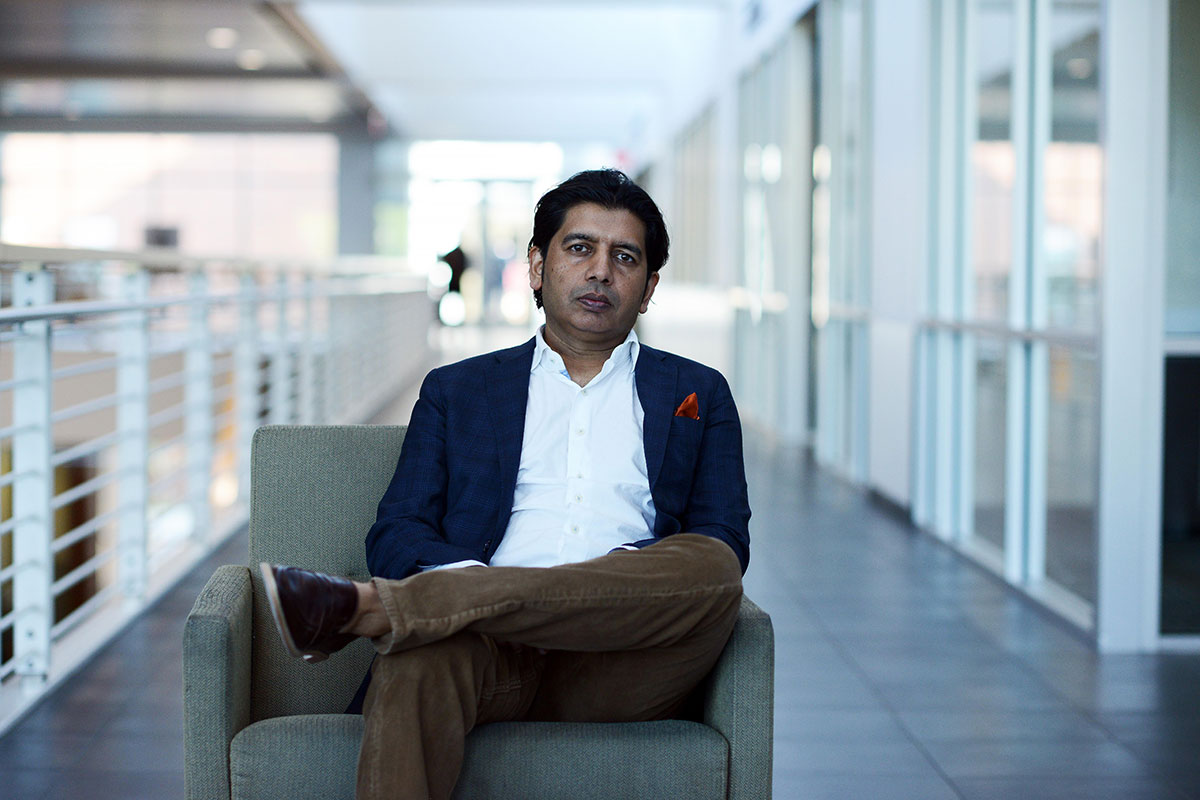 Ravi Bapna is the Curtis L. Carlson Chair in Business Analytics and Information Systems at the Carlson School of Management where he also serves as the Academic Director of the Analytics for Good Institute and the Carlson Analytics Lab (CAL)  He is an award-winning scholar with expertise in analytics, AI and ML, digital transformation, social media and economics of information systems. He has been awarded the INFORMS ISS Distinguished Fellow award, the INFORMS ISS Inaugural Practical Impacts Award, the INFORMS ISS Haim Mendelson Teaching Innovation Award, and multiple best paper awards in journals such as Management Science and Information Systems Research. As a co-founder of the Carlson School’s top-ranked MS-Business Analytics (MSBA) program Bapna runs the Carlson Analytics Lab (CAL) which facilitates industry-academia connections in cutting-edge AI and ML applications. CAL’s holistic experiential learning model has been widely recognized and its work has been featured in prestigious outlets such as Sloan Management Review, the Star Tribune, and by clients’ communications.

Bapna also served as Chief Data Scientist at Mississippi River Capital LLC, a Minneapolis-based hedge fund, and is on the executive education faculty for NYU Stern’s open and MSBA programs, as well as the area leader for Information Systems at the Indian School of Business, Hyderabad.

Bapna teaches graduate students, executives, CIOs, and CMOs how to leverage analytics and the broader digital revolution for competitive advantage. He has developed the CIO Academy at the Indian School of Business as well as analytics-oriented leadership academies at F500 companies such as Optum, Ameriprise and M Health Fairview. His research investigates online dating, social media, social engagement, the causal effect of AI and ML innovations such as recommender systems, analytics, economics of information systems, trust and peer influence online, human capital in digital services and online auctions.His work has been published in numerous journals, including Management Science, Informs Journal on Computing, Statistical Science, Information Systems Research, Journal of Retailing, MIS Quarterly, and Decision Sciences. His views have also been featured in the Financial Times, Wall Street Journal, Knowledge@Wharton and The Economic Times, among others. Bapna has two decades of industry consulting, executive education, keynote speaking and board experience. He is on the board of iPondr.com, the Academic Advisory Board, Indian Institute of Management, Udaipur, and a founding Governing Board Member, International Centre for Information Systems and Audit under the Comptroller and Auditor General of India.

Professor Bapna has been invited to present his research at the National Bureau of Economic Research, Federal Trade Commission, Facebook, Telecom Regulatory Authority of India (TRAI), Google Inc., Bangalore, Harvard University, The Wharton School, Carnegie Mellon University, New York University, Georgia Institute of Technology, Boston University, University of Maryland, IIM-Calcutta, National Chengchi University, Taiwan, University of Washington, National University of Singapore and the University of Connecticut among others. He was invited to give the keynote address for the 13th International Conference on Electronic Commerce 2011, Liverpool, UK.

Bapna served as a senior editor for MIS Quarterly from 2010-2017, senior editor for Information Systems Research, 2018 – 2021, and has been an associate editor for Management Science.  He has served as the co-chair of the prestigious Workshop on Information Systems Economics (WISE) 2010, 2014 and 2020, and the Conference on IS and Technology (CIST) 2009. He is one of the three founders of the Statistical Challenges in E-Commerce (SCECR) workshop. He regularly serves on program committees of major international IS conferences and workshops.

Bapna was the founding academic co-director (with Professor Joe Konstan) of the University of Minnesota's Social Media and Business Analytics Collaborative (SOBACO), an interdisciplinary research center conducting research at the intersection of social media and big-data analytics.

Professor Bapna completed his Bachelors in Commerce from St. Xavier's College, Calcutta, and Bachelors in Computer Engineering from the Manipal Institute of Technology. He received his doctorate degree from the University of Connecticut, where his thesis was in the area of economics of online auctions.

[1] The Comptroller and Auditor General of India (www.cag.gov.in ) is a Constitutional authority responsible for the audit of the Union Government, the State Governments, Government-owned companies/ corporations as well as other bodies, authorities, and entities which are substantially financed by Government