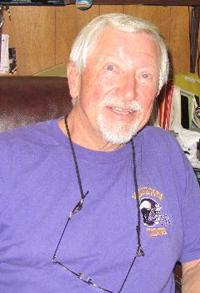 J. David Naumann is an emeritus associate professor in the Information and Decision Sciences Department. His research interests focus on the management of information technology, especially the technology derived from and brought about by the Internet. The current maturity of the elements of hardware, software, and applications technology has allowed IT managers to adopt many of the best elements of operations management, including contracting for data storage "in the cloud," and "lights-out operations."  The near revolution in personal hardware means organizations are beginning the transition from desktop computers and laptops to more portable technology such as smart phones and touch-pads.  Understanding and clarifying these significant transitions remain his primary research interest.

In his pre-retirement life, he was most interested in the question of representation and communication of abstractions during the processes of systems analysis and design.  While that remains a problem area with few answers, the press of technology has led him into program development and most significantly, telecommunications and the Internet.

During his Carlson career, Professor Naumann was intimately involved in both undergraduate and graduate education in IS/IT.  He founded and developed both undergrad and MBA computing labs for IS students, and managed them through the 1980's and 90's.

Professor Naumann teaches an occasional Carlson School course, most recently IDSc 3104 IT Infrastructure, and remains involved and interested in his specialty areas.