Attend an Event
Give to MILI
Medical Industry Leadership Institute

The Medical Industry Leadership Institute (MILI) Executive in Residence (EIR) Program is comprised of highly accomplished healthcare industry leaders who enhance the academic environment of MILI by sharing their professional expertise.  EIRs engage directly with students and faculty by participating in activities such as teaching, mentoring, and coaching as well as interacting with the Carlson School, the University and business communities to advance the mission of MILI.

Establish Carlson as one of the most prestigious business schools that is especially well known for MILI, the strength in medical industry and resulting placement power for its graduates in the medical industry. EIRs will:

Mr. Alexander has 30 years experience starting & building technology-based businesses and currently serves as President of Business Development Advisors, Inc., “BDA”, (ww w.BusDevAdvisors.com).  – a consulting firm specializing in starting, building, and turning around early-stage & dynamic growth companies.  During a leave from BDA, Mr. Alexander was CEO of Chameleon Scientific, where he led its turnaround, then raised $11 million which took the company to 23 filed & 1 issued patent, to projects/revenues with 9 major medical device customers.  Previously, he was Vice President of Corporate Development for St. Jude Medical (StJM).  He led M&A efforts which transformed StJM from a single product line, $200 million dollar company into an $840 million multiple platform company in 3 years.  He has been Director of Business Development at Baxter Diagnostics, in Mergers &Acquisitions at W.R. Grace & Co., and with G.E. Venture Capital.  He holds an MBA from Darden / University of Virginia, and a B.S. in Chemical Engineering / Carnegie-Mellon University.  He is Founder and Chairman of Twin Cities Angels (now on its third Fund), led the business efforts resulting in the successful enactment of the Minnesota Angel Investor Tax Credit (and 3 subsequent revisions of that bill) and was appointed by the Governor to serve on the Science and Technology Council.

Susan Alpert, MD, PhD. recently retired from Medtronic, where she served as senior vice president and chief regulatory officer. Prior to joining the device industry, Alpert spent 13 years at the FDA where she worked in drug, medical device, and food safety regulation. She is one of the founding members of MILI’s National Industry Council and is now MILI’s executive in residence. In this new role, Alpert helps foster MILI’s close working relationships with global medical industry leaders and shares her expertise with students and affiliates. 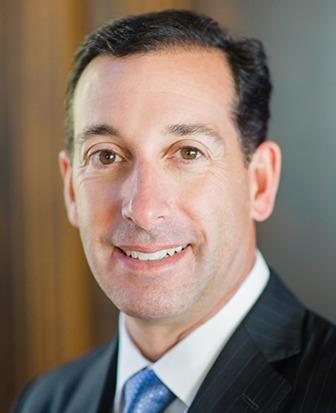 Daniel Cosentino is CEO & President of ElectroSea, a firm that has developed a patent pending electrochemical management system to prevent unwanted marine growth in vessel seawater conduits.  The company is developing an array of electrochemical technologies for industrial applications. Mr. Cosentino was CEO and founder of CARDIOCOM, a medical device and digital health solutions company, that he led for 16 years through the startup, growth, and acquisition by Medtronic for $200 million.  CARDIOCOM received numerous awards for its innovative technology including North American Award for Enabling Technology, and North American Patient Monitoring Product Innovation of the Year.  Mr. Cosentino is an expert in telehealth systems and holds 8 issued U.S. Patents. He currently serves on the Strategic Advisory Board for Minnetronix Neuro and has held executive positions at Guidant (now Boston Scientific) and Minntech (now Cantel Medical). Mr. Cosentino earned his Master in Business Administration from Boston University, and Bachelor of Arts in Physiology from University of Minnesota. 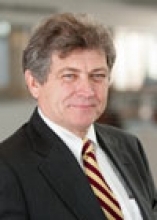 Michael Finch, Ph.D., received his degree in Sociology from the University of Minnesota. Dr. Finch is known for his work on the cost, quality and financing of health care in the public and private market and is nationally recognized  has as an expert in research methods and evaluation.  From 1984 through 1998 he was a member of the faculty of the Division of Health Services Research and Policy at the University of Minnesota. From 1998 through 2004 Dr. Finch was Director of Research Programs for UnitedHealth Group. He currently serves as an Executive in Residence in the Medical Industry Leadership Institute in the Carlson School of Management and serves as Manger, design and analytics at Children’s Hospital and Clinics.

Paul Gam is co-founder and CEO of Zurich Medical, which develops proprietary cardiac and vascular devices that are easier and more cost-effective to use, and are designed specifically to serve health care environments that are resource constrained.  He serves on the Board of Trustees of Blue Cross and Blue Shield of Minnesota and is a partner of Grace Associates, a strategic advisory firm.

Mr. Gam was Vice President, International Development at St. Jude Medical (now part of Abbott Laboratories), where he led mergers and acquisitions, developed strategic alliances, and drove other business development initiatives for the $3 billion International Division from 2002 to 2011.  He established the company's first Wholly Owned Foreign Enterprise in China and served as its Legal Representative and Chairman of the Board.

From 1997 to 2002, Mr. Gam served at Medtronic, where he was Director of Finance for the Cardiac Rhythm Disease Management business, and then head of Global Internal Audit.

Mr. Gam served as an advisor to the Robert Wood Johnson Foundation.  He was the Chairman of the Minnesota World Trade Center and an advisor to Minnesota gubernatorial international trade missions.  He served on the Minnesota Commission on Judicial Selection and the Board of Judicial Standards.  Under his leadership as Chapter President, Minnesota was twice awarded Best Chapter of the Year by the OCA, a national organization dedicated to advancing the social, political, and economic well-being of Asian-Pacific Americans in the United States.  Mr. Gam also served on the Professional Ethics Committee of the Minnesota Society of CPAs.

Mr. Gam is a W.K. Kellogg National Fellow, a Salzburg Global Fellow, a Bush Foundation Leadership Fellow, and an NACD Governance Fellow. He was the recipient of the Minneapolis/St. Paul Business Journal Minority Business Executive Award, the CityBusiness 40 Under 40 Award, and the Twin Cities International Citizen Award.

Mr. Gam is a graduate of Queen's College in Hong Kong.  He earned a Bachelor of Science in Accounting and a Master of Business Administration at the Carlson School of Management.

Mr. Gam and his wife Queenie have three children and reside in Saint Paul, Minnesota. 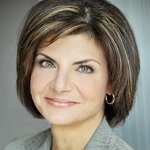 Dr. Archelle Georgiou is President of Georgiou Consulting, a firm that helps companies grow by helping them design products and services that have a meaningful impact on health and healthcare. She works with a portfolio of companies and strategic partners including TripleTree, a mergers and acquisitions firm,Fox9 news where she hosts a twice-weekly healthcare segment, the Copper Development Association and Healthgrades. Since 2009, Dr. Georgiou has served on the Board of Directors of PRGX, Inc., a recovery audit firm based in Atlanta, Georgia. Prior to founding her consulting practice, Dr. Georgiou spent 13 years as an executive with UnitedHealth Group.

Thomas Gunderson is a managing director and senior research analyst at Piper Jaffray, following medical technology companies. In more than 20 years as an analyst, Gunderson has been recognized by several industry publications, including The Wall Street Journal, Institutional Investor, Thomson Reuters and First Call. Most recently he was named by StarMine as the 2014 "No. 1 Stock Picker in Health Care Equipment & Supplies." He is on the Board of Directors for the Minneapolis Heart Institute Foundation, a member of the AHA's Science and Technology Accelerator Committee, and a member of the National Industry Council for the Medical Industry Leadership Institute at the University of Minnesota, and has served on the local chapter of the American Heart Association's Executive Leadership Team and on the Board of Directors for the Children's Hospitals of Minnesota Foundation. Gunderson holds a bachelor's degree from Carleton College and graduate degrees in cell biology and business administration.

Dr. Julia Halberg is a physician and business executive leveraging her medical background and passion for healthcare quality improvement to deliver innovative and disruptive health and well-being strategies. Most recently she led General Mills’ Global Health department as their Chief Medical Officer managing its on-site clinic, designing the company’s global approach to preventive care, providing health advocacy to employees, and partnering with the Benefits team to implement company-wide well-being programs.

Prior to working for General Mills, Julia worked in private practice, hospital-based health systems, and with insurers in the areas of workers’ compensation and disability management. Her diverse background gives her a deep understanding of the healthcare industry from multiple perspectives. Her areas of expertise include employer health solutions leading to value-driven health care with improved quality and cost-appropriate care.

Julie Kemp, Vice President, Marketing joined Vital in December, 2013. Ms. Kemp leads all aspects of global marketing within Vital, including product management, commercialization, medical education programs, and marketing communication. Ms. Kemp has over 15 years of cross-functional marketing experience at both Medtronic and GE Healthcare, with her most recent role leading Global Market Development for the Cardiac Rhythm and Diagnostics Division at Medtronic. During her earlier professional career, she managed global pre-market clinical trials and was a field clinical engineer. Ms. Kemp earned her Bachelor of Science in Biomedical Engineering from the University of Minnesota, and her Master in Business Administration from the Carlson School of Management at the University of Minnesota. 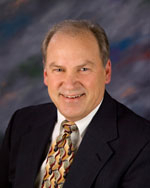 Bill is a senior healthcare executive and consultant with extensive experience in strategy formulation, physician integration, campus development, service line formation and operational performance.  Bill held numerous leadership positions in the HealthEast system in Minnesota; most of his 20 years working at St John’s Hospital achieving the role of Vice President/Administrator.  His numerous consulting projects in hospital and senior services include developing/implementing: a neurologist/hospital call system, a medical tourism hospital, senior living campus, geriatric physician practice, payer contracting for a national primary clinic group, critical access hospital strategic plans and has served as an advisor to medical device startup companies.  Currently Bill is developing a virtual ACO in rural Minnesota ,CEO of a Care Choice Cooperative , owner of a wound care startup and partner in an physician practice and consulting group for post- acute services.   Bill has a Master’s in Business Administration and a Bachelor of Arts in Psychology. 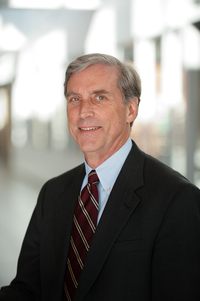 Randall Nelson is the Senior of Business Development at Heraeus Medical Components. He was previously the founder and President of Evergreen Medical Technologies, Inc., a contract development and manufacturing company for medical devices located in St. Paul, MN.  Mr. Nelson is also President of PhysioTest, an independent test lab providing contract testing services for medical devices. 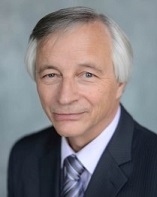 Dale retired from Medtronic in 2006 after 24 years. Most recently he served as V.P. of CRDM Venture Programs. Prior to this he served as VP/GM of the CRDM Therapy Delivery business. Before Medtronic, he held management and sales positions at Litton Microwave and Burroughs Corporation and managed a clean technology start-up company.

From 2006 until May of 2014 he served as the President and CEO for LifeScience Alley and The BioBusiness Alliance of Minnesota.  From 2007 until 2009 Dale led efforts to develop a long-term strategy called Destination 2025 that focuses on the development and growth of high potential biology based industries in the state of MN.  From 2011 until 2013 he served as the Founding Executive Director of the Medical Device Innovation Consortium (MDIC), a public private partnership between the FDA and the medical device industry with a mission to enhance the productivity of the medical device eco-system within the United States.

Today he is the President and CEO of Act 3, LLC, a consulting, engineering, and investment firm that focuses on helping companies to expand their global markets, assisting start up companies, and providing unique program management services in the development of capabilities that extend across public and private sectors.  Act 3 has established an experienced global network of professionals that can be leveraged to meet the needs of virtually any high knowledge content company ranging from an early stage startup to fortune 500 global enterprises.