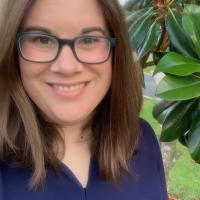 Amy has been a labor educator at the Labor Education Service since 2015. She has taught classes on a wide range of topics for union members and other workers, including steward trainings and courses on collective bargaining, grievance handling/contract enforcement, labor history, labor law, union leadership, and internal organizing. Additionally, Amy has taught and co-taught classes on Janus and right-to-work; racial justice in the union; the history of race and labor in the U.S.; labor and other social movements; and labor and mass incarceration. Amy has a particular interest in working with unions and workers who are struggling toward racial, gender, and disability justice in their workplaces and unions.
Prior to joining the LES, Amy worked as an internal organizer and representative for two teachers’ unions in Illinois:
GEO, IFT/AFT Local 6300; and GEO, IFT/AFT Local 6297 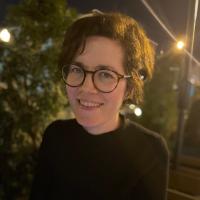 Sarah has been a journalist for 10 years, covering U.S. militarism, climate, and labor. She joins the LES team from In These Times, where she was a web editor and reporter for five years. Sarah got her start reporting with the Independent Media Centers that emerged as part of the global justice movement. She also has a background in organizing workers and mobilizing against U.S. wars. Sarah lives in Chicago, where she documents labor struggles in the Midwest, and examines how U.S. militarism and climate change affect poor and working people around the world. 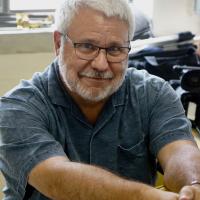 John started producing television programs in 1982 while an undergraduate at the U of MN as a director, writer, editor, and on-air talent. With these skills he began his work at LES in 1984 by cofounding "Minnesota At Work" which became the longest-running, regularly scheduled cable television in the U.S. about labor and working people, and which ended in 2009. He was one of the founders of the Union Producers and Programmers Network (UPPNET). For 35 years he has taught video production classes and produced many video projects for LES including television programs union conventions. He served on the board of the Minneapolis Television Network 1989-1996, eventually as board chair, and was instrumental in promoting MTN's non-profit internet service to unions around the state. In 1993, John began teaching classes in website creation and internet skills and is responsible for dozens of local unions' original websites. In 2000 he became the webmaster for Workday Minnesota. He has been active as a representative on two University governance committees. He is a long-time member and vice president of IATSE Local 219, an associate member of the Minnesota Newspaper Guild and Typographical Union, and a past member of Teamsters Local 4. John received his
Master of Advocacy and Political Leadership (MAPL) M.A. in 2010 at the University of MN-Duluth. 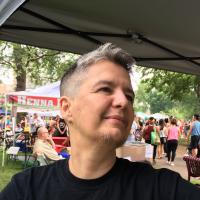 Rocki is a white Brazilian butch dyke who came to the United States in the late 80s, fell in love with women and rice krispies treats (not necessarily in that order) and decided to stay. Most of her community organizing work has focused on queer/trans youth, homelessness, and intersectional social justice movements. Most of her personal work has focused on being a loving friend, partner, ex-partner, anti-racist community member, and parent. On a good day she does some of these things well. Rocki is a youth worker at heart and has a long history with the GLBT Host Home Program (now ConneQT), which she helped start in 1997. She was honored for her work with a True Leadership Award by the True Colors Fund in September 2015.  She is excited to join LES and be part of its fierce commitment to labor and workers! 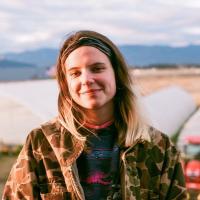 Amie has always been a student of media and culture. Her interest in art and literature growing up turned into a curiosity for storytelling that opens up readers' inner and outer worlds. During a Washington D.C. trip in high school, she visited the Newseum and found a way to use her passion and skills to serve, love, and protect her community in an empowering and liberating way. After a gap year and six years working as a barista, she’s now pursuing work in journalism and writing. She graduated spring 2021 from the University of Minnesota Hubbard School for Journalism and Mass Communication with a major in journalism and minors in art and anthropology. When she's not writing for Workday Minnesota or Up with the Workers she's exploring landscapes, museums, and coffee shops. 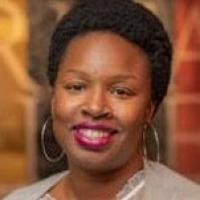 Cassie earned a B.A. in Literature and Creative Writing and a M.A. in Education from Southwest Minnesota State University (SMSU). With a passion for education, she has an extensive background in student affairs, diversity, equity and inclusion. Her background includes teaching human relations, global studies, and facilitating workshops focused on cultural competency, equity and inclusion. She was also a member and corresponding secretary for MSUAASF at SMSU. Through her involvement in multiple art and rural community based organizations, Cassie has a special interest in how art is used to address social and racial inequalities as well as rural and urban partnerships. Her experience and passion for others led her to commit to  empowering  union workers to challenge inequities in the workplace, strengthen union bonds by creating spaces of support, and to promote professional  growth and leadership by providing workers with tools needed to fight for social and economic justice. When she is not teaching and advocating for the rights of others, she enjoys spending time with her family and writing poetry
with aspirations of one day completing multiple works of poetry.