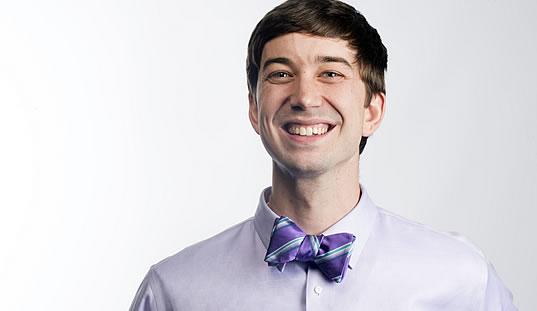 Carlson is a fantastic institution located in the heart of a great city. The connections that I could make here will guide my work going forward.

The spring of 2011 brought my years of working abroad to an end and I found myself back in Minnesota, fleshing out the details on my next move.  My wife and I had been thinking about starting our own venture and that is the goal we have been working towards.  With a background in education, German, and environmental science, though, my skills needed a bit of refinement to ensure the success of these plans.  With that in mind, I began my second stint at the University of Minnesota, this time as a masters student at the Carlson and Humphrey Schools.

I am a major career switcher.  I have taught German and English in the backwoods of Minnesota and in the mountains of Austria.  After spending years abroad, I was ready to come home and do something new.  I grew up in Minnesota and knew that I wanted to start a family here, as well.  Carlson is a fantastic institution located in the heart of a great city.  The connections that I could make here will guide my work going forward and it made sense to start establishing myself in this community right away.  Also, I attended the University of Minnesota as an undergraduate student and have always been impressed with everything that this institution has to offer.  Carlson had been on my radar for many years and I knew it was the right time to go for it.

The great thing about the Twin Cities is that it has seasons!  A lot of people think of Minnesota with the typical “Minne-snow-ta” joke.  Though it is, of course, true that we have a lot of snow and it gets cold here, the weather will never stop the opportunities that you can find here professionally and socially.  Fortune 500 companies start and come here for a reason.  The Twin Cities boasts a large pool of talented, educated people to hire from, which have led to the unemployment rate being significantly lower than the national average.  Minneapolis is also regularly ranked as a top city for biking, exercise, theater, food and drink, and place to raise a family.

Socially, there are always events going on around the city, even in the winter.  There are multiple winter festivals, including outdoor winter beer festivals, Kubb tournaments, holiday markets, ice palaces, and ice lantern lit walks.  The summer boasts movies in parks around the city (there are also more parks in this city than any other metro), food trucks, farmer’s markets in the heart of downtown, artist inspired mini-golf, hiking, biking on the greenway, going out on the lakes… You get the idea, there’s a lot to do here and a lot to do outside.  People in Minnesota love to be outside.  I love that there are rotations of activities depending on what time of year it is, whether it is going on a long bike ride on the miles of paths throughout the city, catching lunch at a food truck downtown, going snowshoeing on frozen Lake Calhoun, or watching life size puppet shows put on by Bare Bones theater.  Yes, it gets cold here, but the people and the city are so warm that you will never notice.  Meet with me for a beer and I’ll show you around!