Before arriving in Minneapolis, I had only seen snowfall on television. Coming from the western part of India, where the average temperature in the winter is 68 F, the Minnesotan winter is way too cold for me. During my first few interactions with the domestic counterparts at school, one specific thing from the conversations that bothered me a little, was the cold weather that I was going to face in the winter. For the first time in my life, I heard words like blizzards, layers and wind chills. I was excited and a little concerned to experience snow. To prepare myself for the first winter, I took all the tips and tricks necessary from my fellow classmates to keep myself warm. While waiting for the temperature to drop, I stocked up my closet with all the layers everyone talked about. I had the gloves, hand & foot warmers, thinsulate layered hats and jackets and most importantly, snow boots. You name it and I had it in my closet. I had sufficient winter clothing to go to Antarctica at any given time.

Finally the day came that I was awaiting for so long. My first snowfall! It was one of those moments when you have mixed feelings. I was happy to see snowfall for the first time in my life and worried that I might catch cold, the later was totally psychological. Minneapolis received its first snowfall of the season on Thanksgiving. It was serene! The lush green Minneapolis that I knew was all bright white now. It felt like a different place altogether. Scandinavian architecture of the houses, laden with snow on a chilly winter day, gave life to the imaginary frozen land of Arendelle. It cannot be described with words, it can only be experienced. 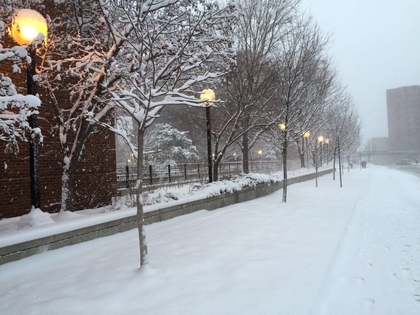 One of our professors also invited us for the Thanksgiving dinner. My very first Thanksgiving with the very first snowfall, is now etched in my memory which I will never forget. There couldn’t have been a better way for the full-fledged International experience that I was looking for. 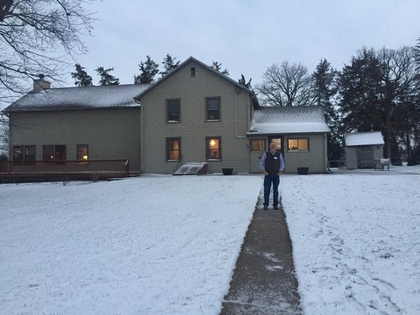 From that day onwards, it started getting a little cold as days passed but I was lucky this year. My first winter experience was improved by “El Nino”, which made the winter way less unbearable than the usual. It was 40% warmer than every other year. It all started with the warmest September in recorded history. Good for a starter like me! Now I am certain that ‘Minnesota Nice!’ is not only limited to the people of Minnesota but also to the weather. It couldn’t have had a more warm welcome than this.

Come December it was a little bothering, wearing so many layers and walking out in the snow as a Michelin Man. Any body part which was not covered would go numb after a while. Done with finals for the most strenuous fall of MBA, the winter break was a good time to sit inside the comforts of my living room and enjoy the snow outside sipping a warm cup of Indian chai. Going out during the first few weeks was a little tiring, since you have to put on so many layers to protect yourself from the cold, but as time passed I got accustomed to putting on layers. A few walks in the open air to get groceries helped me acclimate to the winter. Catching up with friends for a drink and going to the Stadium series hockey game (where the Wild beat the Hawks) made me fall in love with the Minnesotan winter. 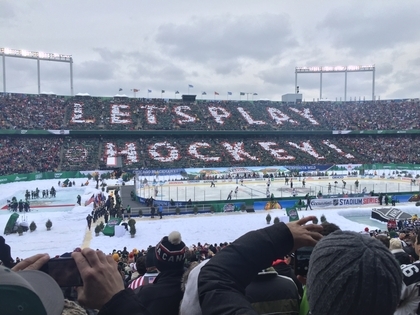 It has started getting warm now and the snow is nowhere to be seen. To be honest, I’ve started missing the snow and cold weather a little. The Minnesotan winter also has the NICE factor, which makes you fall in love with it once you experience it. 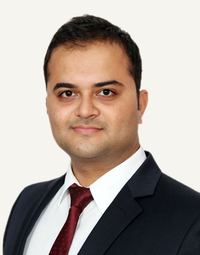