When I visited Carlson during Up Close (about 6 months before orientation), I knew I’d have a hard time deciding which of the student-led clubs I wanted to get involved with.  While club events are open to everyone, I ended up joining the boards of Graduate Women in Business (GWIB), the Carlson Marketing Network 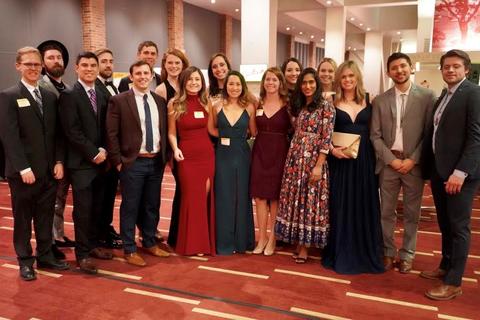 (CMN), and Carlson4Community (C4C) to help determine what kind of events to offer throughout the year, and then organize those events.  Club involvement has not only enabled me to help deliver valuable programming for my classmates, it’s enriched my “real world” education outside the classroom and allowed me to give back to the greater Twin Cities community.  I’ve also made some of my best friends at Carlson through club involvement!

Coming from a male-dominated industry, mentoring and supporting other women in business has always been important for me – so I’ve had a blast helping plan events for GWIB.  I especially love GWIB’s RealTalks series, where we moderate open and honest discussions based on issues affecting students such as staying grounded during on-campus recruiting, and sometimes controversial topics such as cancel culture.  These have been some of the most fruitful discussions I’ve had outside of class. 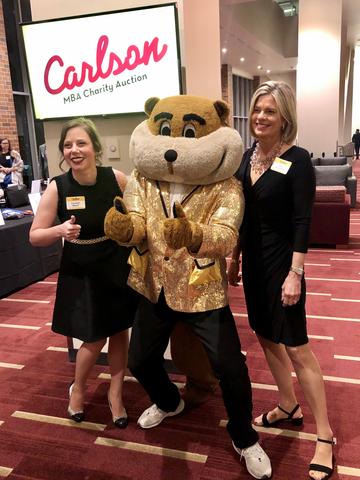 Pivoting from investment management into a marketing career, I joined the Carlson Marketing Network to immerse myself in what it means to be a marketer.  The second year MBAs on did such an incredible job setting up many of educational events with local companies and coaching the first years this past winter for our marketing internship interviews. I hope to help provide and expand on this programming as Co-President of CMN this coming year.  I’m excited to continue offering some of the other fun events we’ve put on, such as a trip to the Walker Art Center to watch the British Arrow Awards (celebrating creativity in British commercials).

One of my favorite things about Carlson is the variety of opportunities available give back to the community.  One of my most memorable and gratifying experiences was planning C4C’s annual fundraiser—a completely student-led live- and silent auction to raise funds for our chosen nonprofit this year, Avenues for Youth.  It was a

significant undertaking with a lot of moving parts, but the whole experience—from soliciting donations for our silent auction, to spray painting ice cream buckets for one of the auction games in my colleague’s basement, was an absolute blast.  I made some wonderful friends while working alongside the C4C board, and best of all, the auction (held on February 22 at TCF Bank Stadium) was a success – we raised over $30,000 for Avenues for Youth, which will be used toward supporting homeless teens in the Twin Cities area!