100 Faces of the Carlson School

The Carlson School has much to celebrate since its founding a century ago. The name of the school, the buildings its been housed in, and its curriculum have changed, but there’s a truth that has carried throughout our history: Our greatness comes from people. Throughout our 100 years, tens of thousands of faculty, students, and staff have shaped us into what we are today.

In honor of our centennial, we want to show you 100 faces of those who make the Carlson community a vibrant, world-changing group of business leaders. We’re including people from our past who built the foundation, individuals using business as a force for good today, and those who will shape the future. The pages of this magazine can’t possibly include everyone who has made a difference, so we've added more profiles of those who inspire us here on the website.

From our founders to tomorrow’s business leaders, we proudly present to you 100 Faces of Carlson. 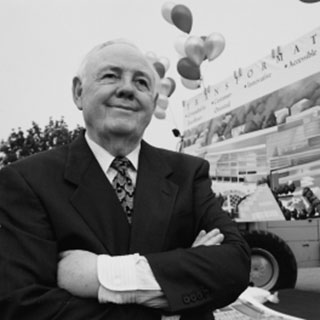 Shortly after graduating from the University of Minnesota, Carlson, ‘36 BSB, used a $55 loan to launch his business, the Gold Bond Stamp Company. In the middle of the Great Depression, it served as a consumer loyalty program using stamps to incentivize consumers at grocery stores. The organization would later become Carlson Companies, a multi-billion-dollar hospitality company. In 1986, Carlson gave $25 million to the University of Minnesota, with much of it directed to the business school. It was the largest single gift given to a public university at the time, and the business school was named the Curtis L. Carlson School of Management in his honor. The donation served as a catalyst for turning what was then a regional business school into an internationally acclaimed institution through several endowed faculty chairs. A second major gift of $10 million in the 90s helped build the Carlson School’s flagship building that opened in 1998. 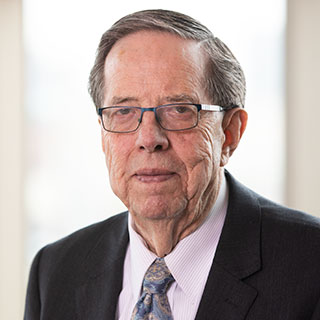 Davis came to the University of Minnesota’s business school in the 1960s and co-founded, alongside Tom Hoffman and Gary Dickson, the school’s Management Information Systems (MIS) program, as well as the Management Information Systems Research Center. These were first-of-their-kind programs that served as a model for similar MIS programs elsewhere. The Carlson School’s MIS program continues to rank among the best in the country 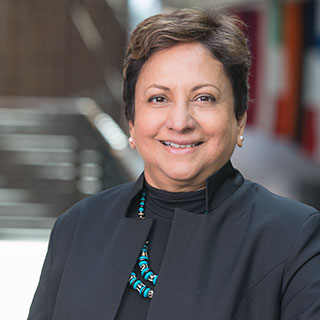 Zaheer is the Elmer L. Andersen Chair in Global Corporate Social Responsibility and in 2012 became dean of the Carlson School-the second woman to hold the role. Her tenure includes a number of accomplishments, but she’s particularly proud of the Military Veterans Initiative, which helps service members transition from military to business careers. She serves on the boards of the Federal Reserve Bank of Minneapolis and the Graduate Management Admission Council. She earned her PhD in International Management from the Massachusetts Institute of Technology. 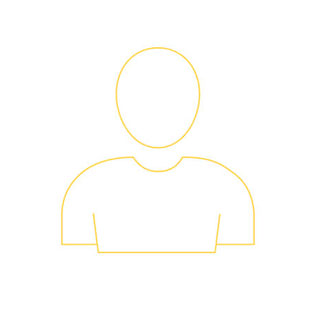 Dickson, along with Gordon Davis and Tom Hoffman, was a cofounder of the Management Information Systems Research Center in 1968. The first-of-its-kind program made Minnesota a leader in the MIS field. He also founded and was the first chief editor of MIS Quarterly, one of the top scholarly journals of the discipline. 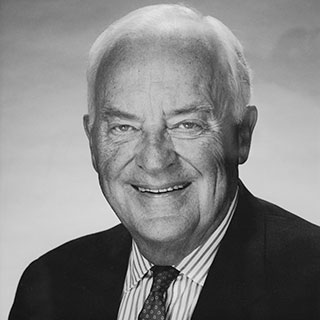 Until his death in 2010, Hanson, ’49 BSB, generously gave his time and resources to support the education of others at the Carlson School. He held a particular passion for experiential learning and provided a crucial gift for the construction of an undergraduate learning facility-a building that today is named in his honor: Herbert M. Hanson Jr. Hall. 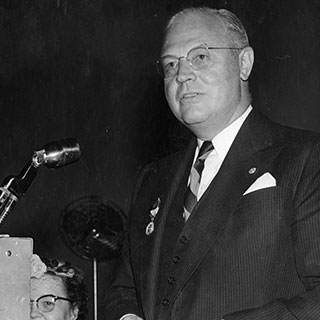 Beise, ’23 BSB, worked in banking and finance, eventually serving as president of Bank of America. Among his achievements was the conception and development of computer processing of checks and deposits. He was recognized by the Italian government with a decorated Order of Merit-the highest civilian honor-and was among the business school’s first recipients of the University of Minnesota’s Outstanding Achievement Award. 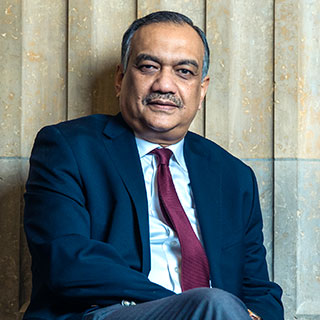 Sinha is a professor and chair of the Supply Chain and Operations department, as well as The Mosaic Company-Jim Prokopanko Professor of Corporate Responsibility. His scholarly interests lie at the intersection of management and public policy-on topics of technology and innovation, healthcare, global supply chains, and social responsibility. He serves as director of the Juran Center for Leadership in Quality and was involved in the founding of the Medical Industry Leadership Institute. Sinha was a 2016 University of Minnesota Grand Challenge Grant recipient and was recognized in 2017 as an “MS in Supply Chain Management Teacher of the Year.” 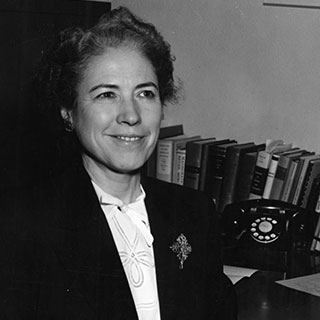 Canoyer, -25 BSB, -30 MBA, -40 PhD, was the first woman to earn a PhD at the Carlson School and among the first women in the nation to do so in the economics field. At a time when business education-and business in general-was overwhelmingly dominated by men, she was an instructor and mentor to many young women. (Read more about Canoyer in “3 Alums Who Made History”) 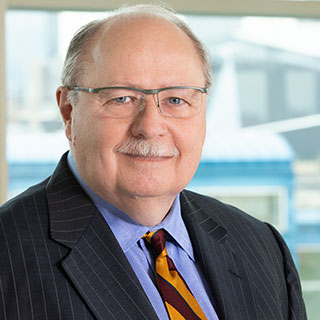 Kueppers, ’76 BSB, rose through the ranks at Deloitte, where he is credited with leading the organization (and the accounting profession) through significant changes. He has been recognized as one of the most-influential professionals in corporate governance by Directorship magazine, and today he serves as the chair of the Carlson School’s Board of Overseers. In 2012, he was awarded the University of Minnesota’s Outstanding Achievement Award. 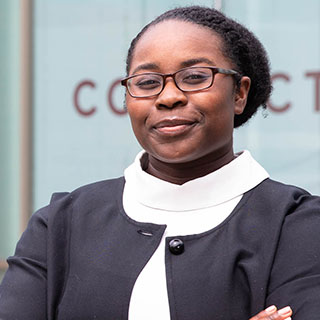 Kerandi, who will earn her degree in 2021, is giving back to the University through service well before she’s set to graduate. She is currently a student representative on the University of Minnesota’s Board of Regents and was elected this spring to serve as vice president of the Minnesota Student Association. 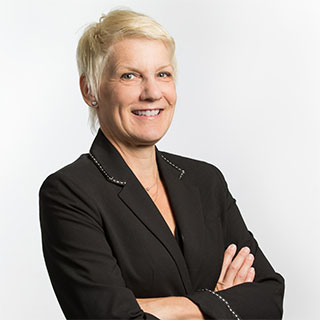 Zellmer-Bruhn is a professor and chair of the Work and Organizations department. Her research focuses on teamwork, including the formation and design of teams, the social capital benefits of teamwork in organizations, entrepreneurial teams, knowledge management and team routines, and cross-cultural teamwork. Zellmer-Bruhn has received the Carlson School’s “Excellence in Teaching” and “Outstanding Honor’s Faculty” awards. 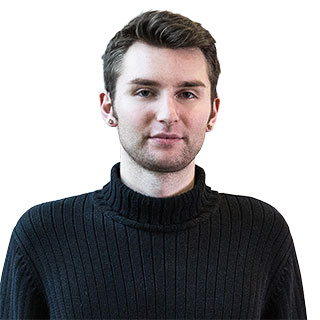 Alm, ’17 BSB, cofounded the Mossier Social Action and Innovation Center, a social enterprise focused on employment issues for LGBTQ+ individuals all around the globe. The center has invested in entrepreneurs in Uganda, Kenya, and the Dominican Republic-all places where it is illegal to be gay.

Karaca-Mandic is an associate professor in the Finance department and currently leads the Medical Industry Leadership Institute (MILI). Through MILI, she’s keeping the Carlson School on the vanguard of industry research and helping to shape the future of medical advancement and education throughout the state and the globe. 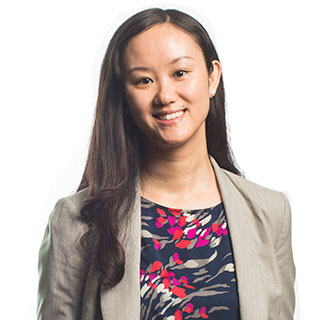 Fang is an associate professor in the Accounting department. Her research lies at the intersection of corporate finance and financial accounting, with a focus on the real effects of trading in financial markets, managerial myopia, executive compensation, and fraud. She’s been cited in a number of well-known publications, such as the Wall Street Journal, The Economist, and the Harvard Business Review. Today, she teaches a course on the business applications of cryptocurrencies and blockchain. 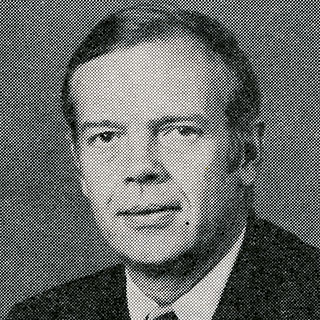 Whitney led J.M. Dain & Co. (later merged with RBC Wealth) before leaving in his mid-40s to teach “Top Management Perspectives” at the Carlson School. He was also noted for his role in building Minnesota’s sports community by helping to attract both the Twins and North Stars. He was a part owner and president of the Vikings for a time. 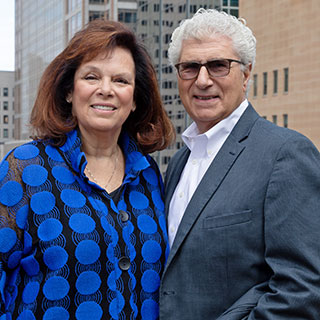 The Abdos, both ’69 BSB, built Abdo Markethouse, a family-run real estate development and hospitality company that includes businesses like MyBurger and the Nicollet Island Inn. Since graduating, they’ve mentored students at the Carlson School on how to balance entrepreneurship and family. 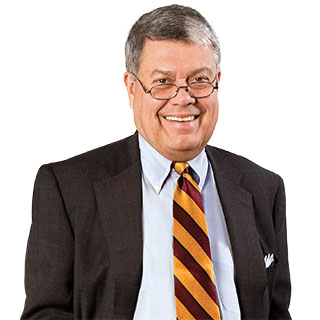 Campbell, ’64 BSB, is the former chairman, president, and CEO of Norwest Bank Minnesota. Following its merger with Wells Fargo in 1998, a deal that he was key in facilitating, he served as group executive vice president of Wells Fargo and chairman and CEO of Wells Fargo Minnesota. Outside of banking, he’s served on many boards, including as chairman of the local chapter of the United Way, where he led a campaign that raised a record $57.3 million for the organization. He and his wife, Carmen, have a passion for education and have given generously to the University. After the departure of Dean Larry Benveniste, Campbell became the first interim co-dean of the Carlson School (along with Michael Houston), serving from 2005 to 2006. In 2008, Campbell was an honorary recipient of a Doctor of Laws degree from the University of Minnesota 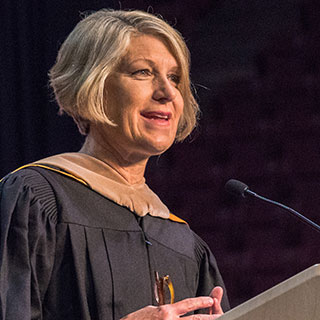 Page, ’83 MBA, is executive chair and cofounder of Värde Partners, a global alternative investment management firm with $14 billion in assets under management. She serves as a member of the Carlson School’s Board of Overseers and sits on the school’s Driven campaign steering committee, which has raised more than $150 million. Page was named the University of Minnesota Entrepreneur of the Year in 2017. 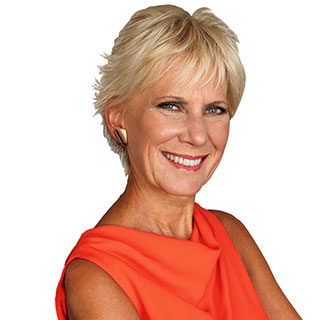 Breen, ’72 BSB, is the former group president, North America, for Estee Lauder Companies and currently serves as a member of the Carlson School’s Board of Overseers. A skilled salesperson, she helped build Estee Lauder’s Clinique into the No. 1 cosmetics brand in the country in the 1980s and launched new brands like Origins before taking the group president role. 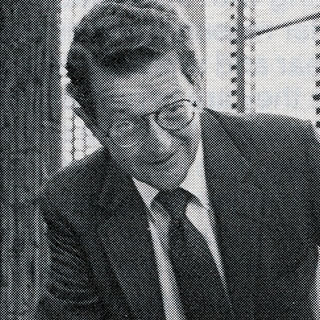 Lilly was serving as CEO of outdoor maintenance company Toro when he was named dean of the business school. He was the first to come from the business community rather than academia, and he used his connections to build better relationships with Minnesota’s many corporate giants.