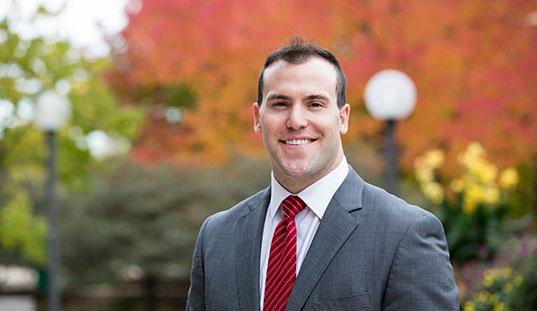 My interest in business and the law arose from my experience teaching in low-income communities--from the Mississippi Delta with Teach For America to Chicago's West Side with the Noble Charter School Network--for three years after college. There, I was struck by the stark inequalities that my students faced in every aspect of their lives, by no fault of their own, but rather by the zip code in which they were born. I began to feel a sense of responsibility for this injustice--not for its cause, but for its solution. I'm pursuing a JD/MBA degree because I'm eager to use business and the law as vehicles to address the broader systemic forces that continue to perpetuate inequity.

Although I did not have a choice of business schools because I had already attended one year of law school at the University of Minnesota Law School), I was especially excited about Carlson's MBA Program for several reasons. My excitement stemmed not only from Carlson's academic reputation and business prestige (especially here in the Twin Cities), though it has both in ample measure. I was most drawn to Carlson for its emphases on leadership development and teamwork--two things I value deeply as a former athlete. From what I had gathered--from information sessions, Carlson's website, and, most importantly, conversations with current students--Carlson's emphasis on experiential learning and international business exposure is truly one-of-a-kind. The chance to participate in the Enterprise Program, specifically the Ventures Enterprise, particularly excited me.

I moved to the Twin Cities in August 2015. I've enjoyed every minute here since. Having lived Chicago and Boston, Springfield (IL) and the Mississippi Delta, London and Israel--the Twin Cities stands out for its simultaneously quaint but urban vibe, healthy eating culture, and friendly people. Its also a great place to explore the outdoors and connect with nature, whether its ice-fishing during the winter or camping, paddle-boarding, kayaking, or canoeing during the summer.