The Carlson School’s Executive Leadership Fellows Program invites highly accomplished leaders from the public, private, or nonprofit sectors to enhance the school’s academic environment. They share their expertise with students, Carlson and University of Minnesota faculty, and the business community while also generating ideas to help further the mission of the school.  Because of the Carlson School’s close proximity to and relations with the extraordinary local business community, it is privileged to be able to attract proven leaders like the following: 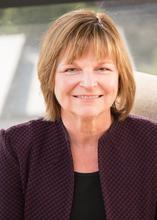 Lisa (a Stanford grad) is a retired Best Buy senior executive who has had significant reverse logistics responsibilities. She has taught the MBA/MS elective on Supply Chain Management in the Retail Sector.  Lisa has been very active and engaged members of the Supply Chain and Operations Board of Advisors for a number of years, and a thought leader in their own right. 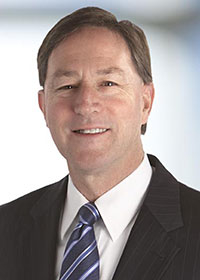 Under Mr. Ettinger’s leadership, Hormel Foods grew through strategic acquisitions and a continued focus on new product innovation. In 2016, Mr. Ettinger was named one of the World’s Best CEOs by Barron’s and in 2012 he was named Responsible CEO of the Year by Corporate Responsibility magazine. Mr. Ettinger was the founding chair of the company’s diversity and inclusion council.

A native of Pasadena, Calif., Mr. Ettinger holds a Bachelor of Arts degree and law degree from the University of California, Los Angeles.

Today, Mr. Ettinger serves on the boards of The Toro Company, Ecolab, The Hormel Foundation, and The Hormel Institute. He also is collaborating with Carlson School Professor, Mark Bergen, on a course titled "Tackling Contemporary Challenges in Agribusiness: A Minnesota Perspective" for MBA students.

Matt Ginter is the former treasurer and vice president of Investor Relations at 3M.  Matt received his BSB in Accounting and his MBA at the University of Minnesota – Carlson School of Management. 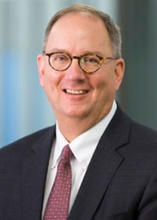 Peter holds a bachelor’s in political science and a J.D. from Hamline University. 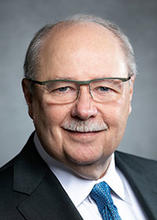 A prominent regulatory expert, Bob Kueppers has significant relationships with the SEC, PCAOB, Treasury, as well as both Committees and Members of Congress. His regulatory work on behalf of clients and the public accounting profession began in the mid-1980s long before such expertise became crucial for all public companies. As a CPA, senior audit partner and noted leader at Deloitte and of the accounting profession, Kueppers is an exceptionally qualified financial expert.

Bob’s clients have included global Fortune 100 companies (Boeing, General Motors, Best Buy, and Dow Chemical), in addition to many other public companies. He frequently handled high-profile client matters for public companies facing multi-year restatements, allegations of fraud, and investigations by the SEC and other agencies. His judgment and problem-solving skills were instrumental in achieving the best possible outcomes in these complex situations. His knowledge and guidance in these situations earned Bob the trust and confidence of his clients, their law firms, and the regulators.

Whether chairing an accounting group in turbulent times or leading high-profile nonprofits, Bob has a rare ability to break down and communicate the most complex issues. He is able to help any group reach consensus and rapidly achieve objectives. His work as an executive, leader, and director/chair of major nonprofits, enabled him to mentor dozens of high potential individuals.

While at Deloitte he was Deputy CEO, Vice Chairman, Managing Partner of Deloitte’s Center for Corporate Governance, US Leader of Regulatory & Public Policy, Deloitte’s Chief Risk Officer, the firm’s top Senior Technical Partner, and leader of its SEC Services & Independence group. In the mid-1990s, Kueppers was Executive Vice President & CFO of Plaid Clothing Group, Inc. a private company with public debt. In the mid-1980s Bob completed a two-year fellowship with the Chief Accountant of the SEC in Washington DC.

Partners at major accounting firms are required to retire at 60 or 62 depending on the firm. Upon his retirement last year Bob considered several full-time positions but decided to seek service on public boards. Precluded earlier from public boards as a Deloitte partner, Bob was active in non-profits, as director and often chair. The United Way of New York City is a special interest. Recruited by its CEO in 2010, Bob became Chair in 2012. He led the organization through a management change with a new CEO, a refreshed strategy, and improved performance. Other non-profits include the University of Minnesota Carlson School of Management’s Board of Advisors, Member, now Chair (2007-present); SEC Historical Society, Founding Trustee, past President and Chair (1999-May 2015); Committee for Economic Development, Trustee and Executive Committee member (2012-present); Ira M. Millstein Center for Global Markets & Corporate Ownership, Columbia University, Advisory Board Member 2008-present); and, American Corporate Partners, a US veterans mentoring organization, Director (2011-2015).

Kueppers is a member of The Economic Club of New York, the Committee for Economic Development in Washington DC, and the National Association of Corporate Directors (NACD) where he is a designated Board Leadership Fellow.

Bob is frequently recognized for his contributions and accomplishments. For instance, May 10, 2016 was proclaimed “Robert J. Kueppers Day” in New York City by the Mayor in recognition of his leadership of the United Way of NYC. The University of Minnesota awarded Kueppers its Outstanding Achievement Award in 2012, the highest non-academic honor bestowed by the Board of Regents. The Center for Audit Quality in Washington DC dedicated its Boardroom to Kueppers in 2013 in recognition of his leadership. Bob was honored as one of the 100 Most Influential Professionals in the Boardroom in 2009, 2012, 2013, and 2014 by NACD.

Since retiring from Deloitte, Kueppers joined consulting firm Sage Partners LLC as a partner. Bob provides consulting services to clients, specializing in strategy and corporate governance. In addition, Bob is Senior Advisor to RIDGE-LANE LP, an advisory and merchant banking firm formed by financier Brad Lane and the Honorable Thomas J. Ridge. Bob is a member of the Advisory Board of Vivio Health, a health care start-up in California.

While Bob’s primary residence is in Sarasota, Florida, he splits his time between Florida and the New York area. He and his wife of 42 years have two sons. Bob is an avid fisherman, hiker, amateur musician, and wine collector. 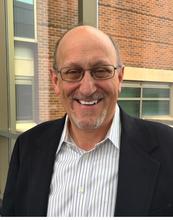 Jeff (a Kellogg grad) is a retired Honeywell senior executive who has had both supply chain and finance responsibilities. He has taught the MBA/MS elective on Supply Chain Finance. Jeff has been very active and engaged members of the Supply Chain and Operations Board of Advisors for a number of years, and a thought leader in their own right.

Dr. Narayan was born in India and graduated from the Indian institute of technology, madras in 1974. He joined Cornell University in 1975 and completed his M.S in mechanical engineering in 1977. He moved to Cambridge Massachusetts soon after and completed a PhD in mechanical engineering (tribology) from MIT in 1980, when he started in 3m in the magnetic media division.

Over the last thirty-eight years in 3m, dr. Sandy Narayan has served in a wide variety of leadership assignments in laboratory, manufacturing, business management and international operations. During 1993 to 1997, sandy and his family lived in Costa Rica where he served as 3m’s regional managing director for central American region. Over the next ten years, sandy traveled widely across the world helping grow 3m’s businesses in personal safety, border document security & building protection portfolios. During 2007 to 2010, he led the global market center focused on expanding 3m’s footprint in the mining & metallurgy segments.

More recently from 2010 to 2013, dr. Narayan and his family relocated to Istanbul, Turkey where he was responsible for 3m business growth in central east Europe and middle east Africa areas. Since January 2013, dr. Narayan relocated back to St. Paul, Minnesota and was most recently responsible for expanding 3m growth in international operations. During the past four years, he continued to travel regularly into the priority geographic markets, meeting with customers and government officials, building local talent and targeting 3m senior management focus into creating and nurturing new growth for 3m.

Dr. Narayan is currently engaged as an executive leadership fellow in the Carlson school of management, University of Minnesota. 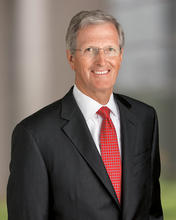 Gregory R. Page recently retired as Chairman and CEO of Cargill following a 42-year career with the company.

Today, Mr. Page serves on a variety of boards including 3M, John Deere, Eaton, Big Brothers/Big Sisters of America, American Refugee Committee, and Boy Scouts—Northern Star Council. At the Carlson School of Management, he is teaching in the classroom with Professor Myles Shaver on the topic of Corporate Social Responsibility. 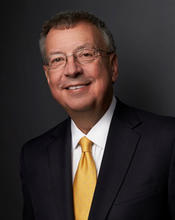 James T. Prokopanko is the former President and Chief Executive Officer of The Mosaic Company and served in that capacity from January 2007 to August 2015. He was a director of the company since October 2004.

Mr. Prokopanko began his career at Mosaic in July 2006 as the executive vice president and Chief Operating Officer and continued to serve in those positions until his appointment as president and CEO. Prior to working at Mosaic, he was employed at Cargill as corporate vice president from 2004 to 2006 and leader of Cargill's Ag Producer Services Platform from 1999 to 2006. He held many leadership positions at Cargill, such as the vice president of the North American crop inputs business in 1995. All told, Mr. Prokopanko was engaged in a variety of retail agriculture businesses located Canada, the United States, Brazil, Argentina and the United Kingdom.

Mr. Prokopanko served on the board of directors for Mosaic, Canpotex, The Fertilizer Institute, International Fertilizer Institute and the International Plant Nutrition Institute.   He is currently an active as a board member of Vulcan Materials Company, Xcel Energy and Regions Financial - all NYSE publicly traded companies.  Mr. Prokopanko also serves as member of the Carlson School of Management Board of Advisors.